ECORSE, Mich. (FOX 2) - As a new mom, Tonya Sawoscinski's 7-month-old son Tyler is her whole world. But on Monday afternoon that world nearly came crashing down.

Sawoscinski says she was walking to a bus stop on Jefferson near W. Charlotte in Ecorse when a strange man came up and accosted her, trying to rip her baby from her.

Woman nearly has child stolen from her in Ecorse

She was walking to a bus stop when a man accosted her trying to take her baby.

But she says, the man did not stop there.

"He said 'I'm going to take this baby now' and grabbed ahold of the car seat and I grabbed a hold of it and he tackled me to the ground," Sawoscinski said. "I gripped on to that car seat stronger than I ever gripped onto anything before and I wasn't letting it go for the life of me."

Sawoscinski was trying to fight the man off when she got the unexpected help from three strangers who pulled the man off her and made sure she was okay.

"God sent me three angels that day," she said. "He was watching me and sent me the three men."

One of those guardian angels is Marlon Green who was driving by and pulled over when he saw the commotion. 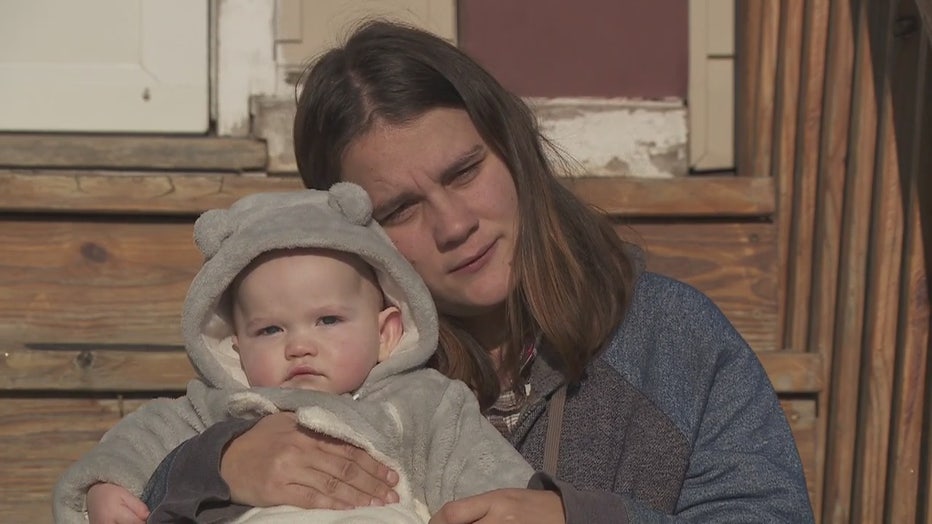 "I pulled the man off her and he said that was his baby and she said, 'Sir I don't even know that man.'"

Police arrested the man and he was charged with assault. investigators believe alcohol may have been involved.

And now while Sawoscinski is terrified and dealing with the broken foot she got from Monday's terrifying ordeal.

She's grateful for what really matters - little Tyler is safe and in her arms. Now she has a message for other moms - if a voice inside you says something is not right, listen.

Sawoscinski was working part-time and now due to her broken foot has to take time off. She said she was struggling before but now could really use some financial help.