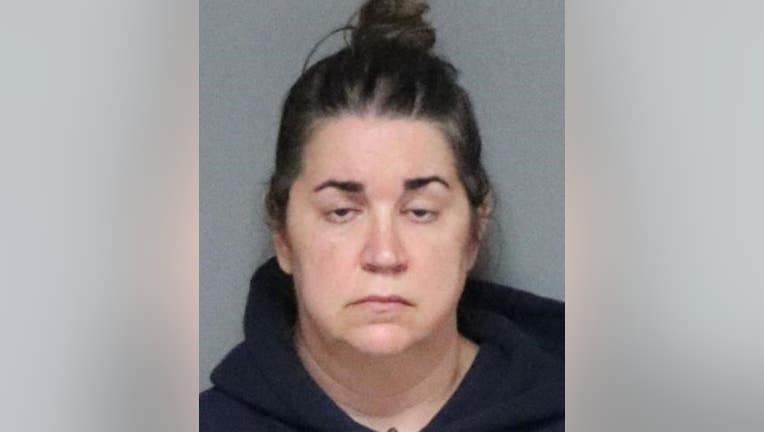 FERNDALE, Mich. (FOX 2) - A woman was sentenced to probation Tuesday for her role in the kidnapping of a Ferndale girl a year ago.

The aiding and abetting kidnapping charge against Jessica Quick was dropped after she pleaded guilty to accessory after the fact and unlawful driving away of a motor vehicle.

She was sentenced to 38 days in jail with credit for time served, so she won't spend any additional time behind bars. She also received two years of probation.

Police said the girl was kidnapped at gunpoint by Kahlil Floyd as she filled her vehicle up at a gas station on Eight Mile Road near Pinecrest on Nov. 16, 2021. He made her drive to a home on Grayson Street in Ferndale, where he sexually assaulted her.

Quick drove the victim's vehicle back to the gas station, police said.

Police said a friend of the girl noticed she was missing and contacted the girl's mother. She then tracked her daughter's phone to an intersection in Ferndale and when she arrived, she found two people - later identified as Floyd and Quick - in her daughter's car. She confronted the two and Floyd robbed her at gunpoint, taking her phone and keys before they both left the area.

Her mother found someone nearby and used their phone to call 911.

After leaving the robbery of the girl's mother, police said Floyd admitted to going back to the house and getting the girl and forcing her into the car and driving her to an apartment in Farmington Hills. Police said he forced her to smoke marijuana, and sexually assaulted her. Several hours later, he was driving her back to Ferndale, but Quick called and said that police were in the area and told him not to come back.

Floyd was facing numerous charges stemming from the kidnapping including weapons charges, criminal sexual assault charges, and unlawful imprisonment charges, but he was found dead in the Oakland County Jail while awaiting trial.

A Ferndale man is being held without bond and his girlfriend has a $1 million bond after authorities said she helped him after he kidnapped a 16-year-old girl this week from a gas station and sexually assaulted her over several hours.