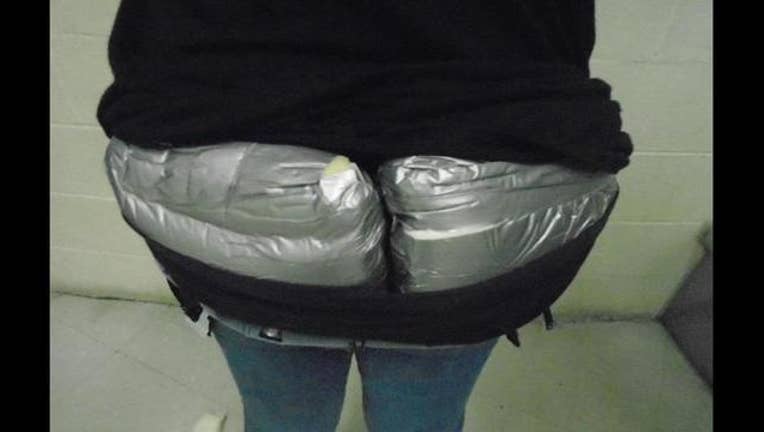 Customs and Border Protection says a woman was carrying three pounds of heroin strapped to her buttocks. Image via CBP

(WJBK) - A 47-year-old Arizona woman was arrested by U.S. Customs and Border Protection after she tried to walk across the U.S.-Mexico border in Nogales, Arizona, while carrying three pounds of heroin strapped to her buttocks.

According the press release on the CBP website, the woman was arrested on Tuesday while trying to cross into the United States via the pedestrian lanes. During her attempt to enter the U.S., she was referred for further inspection where she was found to be carrying three pounds of heroin, all strapped to her behind.

The three pounds of heroin were hidden in the backside of her pants. CBP estimates the drugs to be worth $45,000

The photo was shared on social media by CBP.

The 47-year-old was one of several arrests on Tuesday at the Nogales border crossing, according to Customs and Border Protection:

All four were arrested and turned over to Immigration and Customs Enforcement.