Pontiac brothers George and Melvin DeJesus from Pontiac are searching for justice with their lawsuit filed by their attorney on Tuesday.

FOX 2 (WJBK) - They spent a quarter-century behind bars for crimes they did not commit. Now exonerated, two brothers have filed a $125 million lawsuit against Oakland County.

Pontiac brothers George and Melvin DeJesus are searching for justice with their lawsuit filed by their attorney on Tuesday.

"We are here to announce and talk about a civil lawsuit that we filed on behalf of George and Melvin DeJesus for their wrongful imprisonment for 25 years," said Wolfgang Mueller, attorney.

"We came to that decision because I went to prison when I was 18 years old," George DeJesus said. "I didn't get out until I was 45. Within that time I lost family members, I never, I didn't have a kid. I've never been married. All of that has been taken from me."

Those wounds started in the 1990s and then festered for decades when both men were wrongfully convicted.

"They were convicted in Oakland County in 1997 for the 1995 murder and rape of a woman named Margaret Midkiff in Pontiac," Mueller said.

Evidence pointed to another man Brandon Gohagen, a former key investigator for the Oakland County Sheriff’s Office. William Harvey is accused of coercing Gohagen to lie in order to secure convictions for the brothers.

"Sergeant Bill Harvey of the Oakland County Sheriff's Office, who was the lead detective in the case, offered him a sweetheart deal," Mueller said. "(He said) 'You plead to the rape and we will give you a conviction for second-degree murder instead of first-degree murder, (if) you testify against the DeJesus Brothers.'"

William Harvey is also named in a lawsuit filed on Tuesday along with a retired polygraph examiner, Chester Romatowski.

"He examined Gohagen and wrote a report saying he passed the polygraph that’s what made the prosecutor comfortable in charging the DeJesus brothers."

The OCSO is also named in the suit. In a statement, officials told Fox 2:

"Obviously this case goes back more than 25 years, preceding Sheriff Bouchard’s tenure. More facts will need to be gathered because none of the people involved still work here."

That includes Harvey who is also named in a civil lawsuit against the Oakland County Sheriff's Office for the conviction of Jawun Deering who was wrongly convicted in the fire deaths of five children.

"There was a lot of stuff going on in Oakland County," Mueller said. "And then the Deering case from the early 2000s where they had switched witnesses, a lot of shortcuts being taken - I'll say that - to get a conviction and Bill Harvey was in the thick of it, in this."

After investigations by the Innocence Project and the Michigan Attorney General’s Office, Melvin and George were exonerated earlier this year.

"In getting that answer hopefully this won’t happen to somebody else," George DeJesus said. 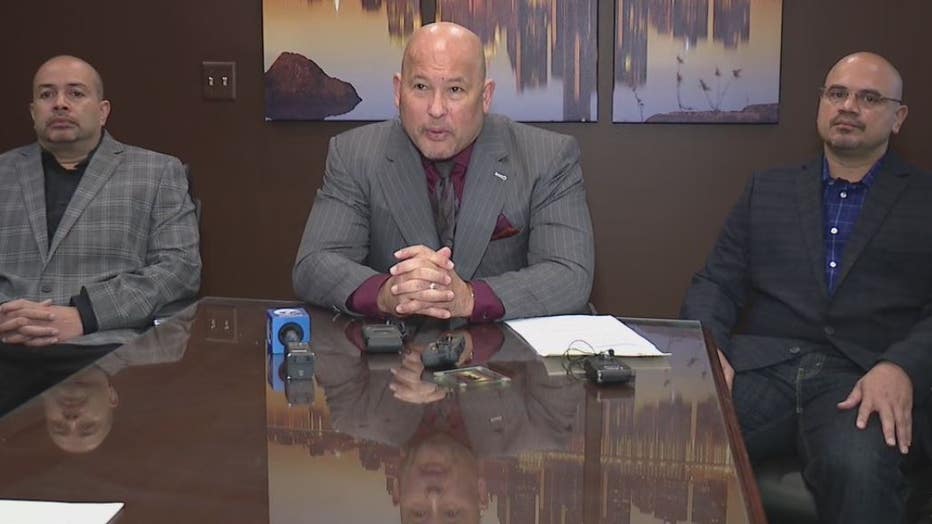