Columbus Blue Jackets goalie Matiss Kivlenieks died after a firework malfunctioned and hit him at a 4th of July party.

NOVI, Mich. (FOX 2) - Matiss Kivlenieks, a goalie for the Columbus Blue Jackets, died Sunday after a firework malfunction in Michigan.

Kivlenieks, 24, was at a 4th of July party at a house in the area of 10 Mile and Meadowbrook in Novi. Police said he was in a hot tub with a group of people when a malfunction sent fireworks flying at him just after 10 p.m.

"We've received the autopsy results from the Oakland County Medical Examiner's Office and they're listing the cause of death as chest trauma due to a fireworks mortar. Apparently, it caused some internal damage," said Lt. Jason Meier, with Novi police.

Initial reports said the NHL player was injured while trying to run from the firework. 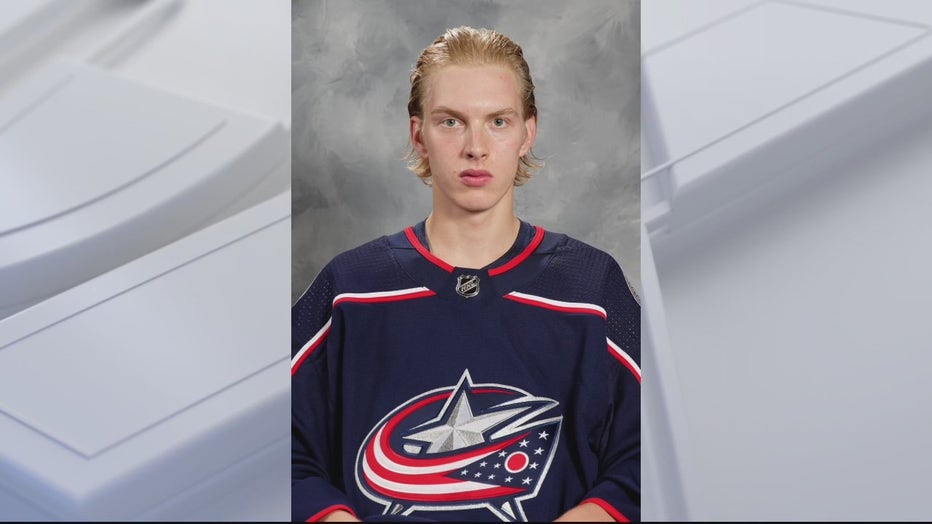 "Initial reports were that he fell getting out of the hot tub. Whether that was a direct result of his injuries or a fall were unclear," Meier said.

Police said people attending the party tried to revive Kivlenieks. He was pronounced dead at a hospital.

"There were several people on scene with a medical background who were able to render some immediate aid to him but he was unresponsive," Meier said.

It’s still unclear if a private company or people attending the party were overseeing the fireworks presentation.

Meier referred to what happened as a "tragic accident" and said the incident is still under investigation. When asked about possible charges, he said police would "go where the investigation takes us."