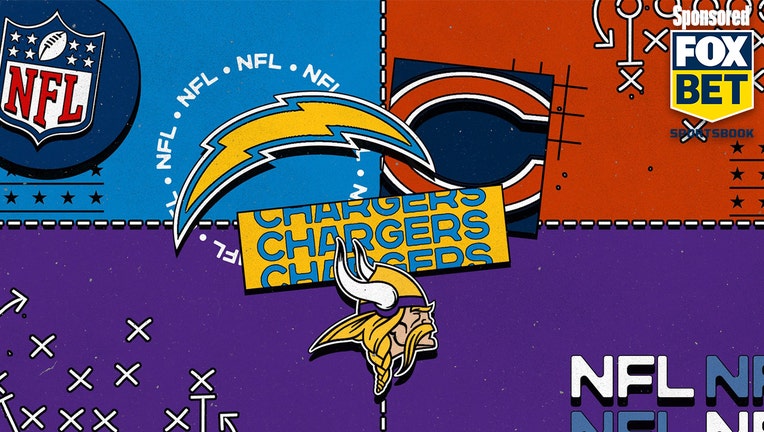 I'm glad Week 3 of the NFL season is upon us, because Week 2 stunk for everyone! It's time to regroup and get back at it.

Here are my five favorite NFL picks for the weekend, with odds courtesy of FOX Bet.

Whether it's Andy Dalton or Justin Fields for the Bears, I like them to cover this game.

The Browns are down their two top receivers, and Baker Mayfield got dinged up during the win over the Houston Texans. Add in left tackle issues, with Jedrick Wills Jr. playing through a bum ankle injury, and the Bears defense has an opportunity to stand tall in this contest.

After a rough start to the season, the Chicago defense is back in the top 10 of efficiency. If the Browns' passing game is limited, the Bears' defense can shift their focus on stopping the high-powered Browns rushing attack.

Even though this Chicago offense is stuck in the mud, there's some room for success against this Cleveland defense that's still figuring things out in the back end of their secondary. The Browns rank 31st against the pass as they've added in three new pieces from last season. If the Bears want to see their passing game take steps forward, this could be their opportunity.

Chicago's offensive line was a concern entering the season, but with a healthy Jason Peters at left tackle, it's graded the fifth best pass protection unit through two weeks by Pro Football Focus.

Lastly, while the Browns have won under coach Stefanski, they haven't had a large margin of victory. Couple that with the fact that Cleveland has only covered one of their past six games at home, and I'll take the points.

PICK: Chicago Bears (+ 7 at FOX Bet) to lose by fewer than 7 points (or win outright)

While it's difficult to choose a side or total in this game, there's a player prop that I will wager on.

The Bengals offensive line and protection unit have not been good. Joe Burrow's been battered around, just as he was last season. Now they face the Steelers defense, which is outstanding at rushing the passer.

Pittsburgh will most likely be without T.J. Watt, but the interior is where the Cincinnati offensive line struggles the most. The Steelers will have an opportunity to win inside and rattle Burrow the entire game.

When you can pressure the QB, you can force him into bad situations to throw the ball. The Bengals passing attack ranks 29th in efficiency as it stands, and that's against pass rushes that aren't as good as the Steel Curtain.

All of that is a long way of saying I'm taking Burrow under his passing total number. He's thrown for over 267 yards only five times over his 12 starts, with most of those big yardage games coming against the Browns, Jaguars, and Eagles — two of those teams picked in the top six of the NFL Draft.

This game will be low-scoring, and Burrow will be limited in his passing abilities.

I don't want to do this, but I'm betting against Patrick Mahomes in this one. I hadn't done that since the 2018 AFC Championship game when I took Tom Brady +3 in Kansas City, but there's a method behind this madness.

Most of us keep saying, "there's no way the Chiefs will continue not to cover games," as they've only covered two of their last 14 games.

At some point, as Bill Parcells famously said, "You are what your record says you are."

While the Chiefs have lost only three games since the middle of the 2019 season, they've stopped covering large spreads. Let's talk about why.

Last season, it felt like apathy. Kansas City got out to big leads and then coasted to victories. This year, it seems clear their defense is just flat-out bad. The Chiefs rank last in the NFL in rushing defense, big plays, and yards per play. They rank 28th in the red zone as well.

Kansas City's rushing defense can be given a pass after facing possibly the two best rushing attacks in the NFL. However, the Chiefs' lack of pass rush, which ranks 30th in the league per Pro Football Focus, is a massive cause for concern.

And while Mahomes can cover up many issues for this team, I'm not sure their defense is something even he can overcome.

Enter the Los Angeles Chargers. Their offense has sputtered at times with turnovers, but the team has plenty of weapons that can attack the Chiefs.

As for playing on the road, the Chargers' offense will be just fine in Arrowhead. Their offensive line is weak at right tackle, but who will rush over him for the Chiefs? Chris Jones possibly, but you can provide help to the right tackle in that case.

One specific spot I feel Los Angeles can attack Kansas City is at their offensive tackle positions. The Chargers have Joey Bosa, whose win percentage ranks 6th amongst edge rushers.

On the flip side, if the Chiefs decide to attack the poor Chargers run defense, they will do so with a rushing attack that's not very good right now.

In the end, I see the Chiefs winning but the Chargers covering.

I have two things going for me with this bet.

First: The Vikings NEED to win, or their season is over. If they go 0-3, Mike Zimmer and Kirk Cousins will need to call the movers to pack their bags after the season.

Last weekend against the Cardinals, the Vikings looked much different than in Week 1. Minnesota scored at will against Arizona, and while they did allow points, the Cardinals had a bunch of off-script throws by Kyler Murray that went for six.

And while the Seahawks are better than the Vikings no matter where they play, I like the desperate nature of the Vikings in this spot at home.

Second: The public is all over Seattle, and it's never a bad thing to fade the public in situational spots.

The Broncos and Ravens are huge favorites this weekend, so let's bring their numbers down into something more manageable instead of taking both teams at over a touchdown.

Baltimore has a tendency to dominate poor teams and has covered 11 of 15 on the road going back a few years. The Detroit Lions are a good, bad team. They are just good enough to keep the game interesting early but don't have enough to pull it out in the end. I know the San Francisco game ended up close, but I put that on the Niners more than the Lions.

The Broncos are playing their first home game of the season, and it's against the lowly New York Jets, who can not score right now.

Quarterback Zach Wilson is on the injury report, and I don't see how New York scores much in this contest.

Denver's offense is much better than expected as Teddy Bridgewater throws the ball to where it's going.

Denver wins this game, and we get a better number. Win, win.