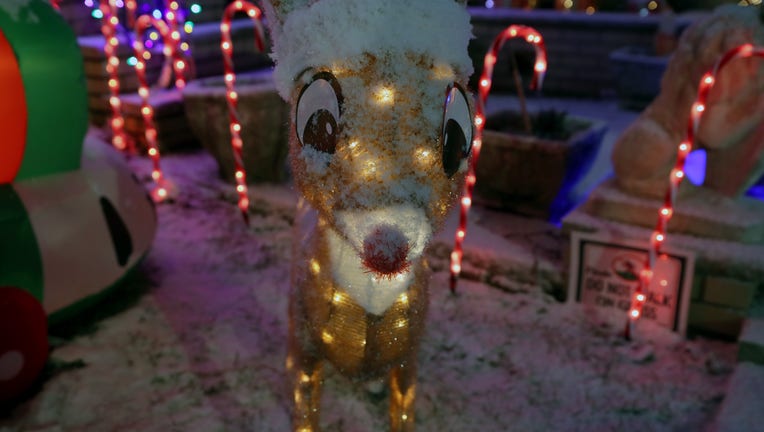 SOUTHFIELD, Mich. (FOX 2) - In 2020 of all years, dreams of a white Christmas may actually be coming true in southeast Michigan.

It's hard to get everyone to agree on what they want when it comes to the weather, except on Christmas Day!  It seems like everyone in Metro Detroit wants a White Christmas and you know what? We just might get it!

Michigan gets a snow storm on Christmas roughly once every four years and it's possible that we're due in 2020.

Track weather every day of the year - including Christmas with the FOX 2 Weather App. It's free!

This is going to sound very "annoying meteorologist" of me, but in any given year we typically have a 41-50% chance to have 1 inch of snow on the ground on Christmas Day. That's basically a coin flip. 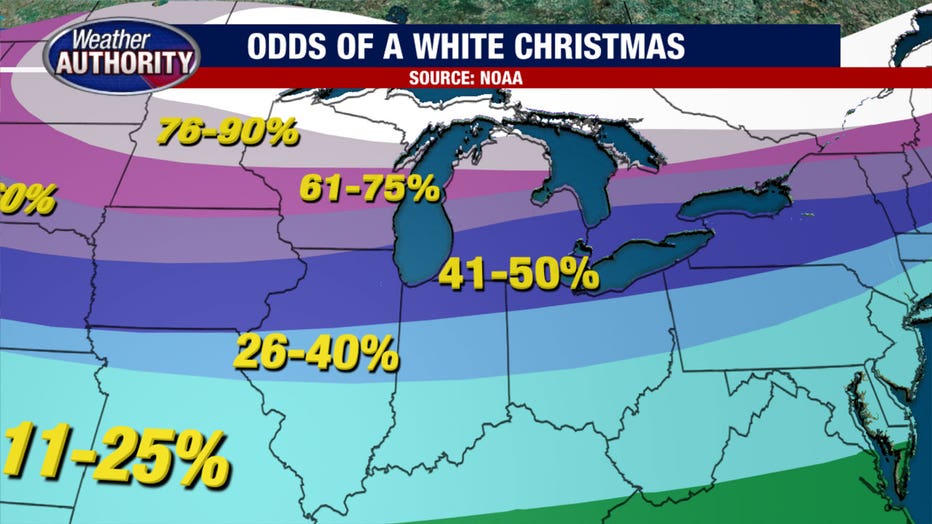 Statistically, the odds of White Christmas in southeast Michigan are basically a coin flip but we only get snow on Christmas once every four years.

I look at those numbers and think, "whoa, those odds are higher than I thought" and maybe that's because we haven't had a lot of December snow the last 2 years.

In 2019 we only had 1.4 inches total for the month leading into New Year's Eve and in 2018 we had the 4th snowless December ever. So, maybe my memory is skewed.

Some people though don't want simply a little snow on Christmas morning - they want a lot! That only happens around here though one out of every four years (and last happened in 2017 when a big storm slammed us ON Christmas Eve with 6 inches of snow in spots). So are we due?

I've been watching the long-range models very closely and I'll tell you this: there looks to be a snowmaker blowing through on December 24th! 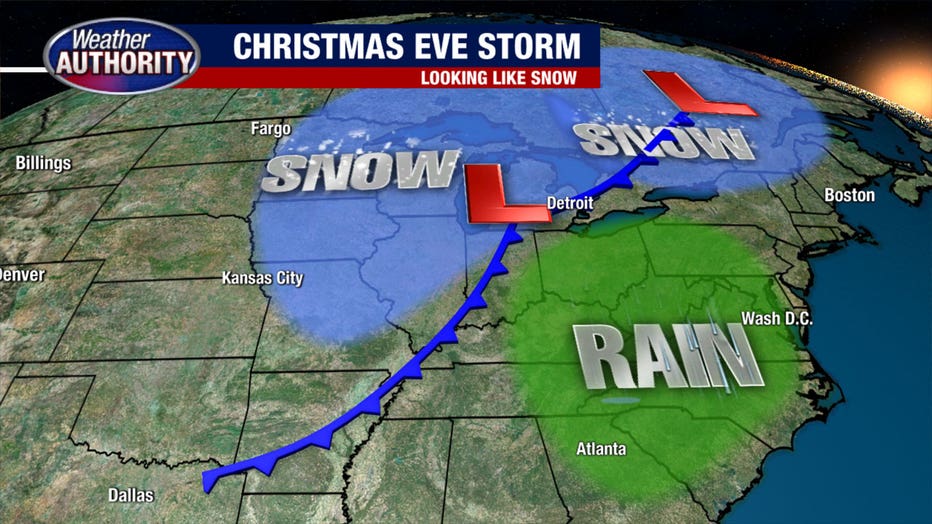 In 2020, a Christmas Eve snowstorm is expected to pull into southeast Michigan, for now.

There will be a low-pressure region building from the west coast (around Oregon/Washington) on December 21. That will slide over the Rockies on December 23 and then take aim at us for a Christmas Eve arrival.

With many people not gathering at family functions and opting instead to stay home, it may be the perfect year to sit inside and watch the pretty snowfall!

As for your obvious follow-up question: I don't know at this point how MUCH snow would fall.

There are too many variables in play for that.  But I know I'll be crossing my fingers that we'll have a nice blanket of snow on the ground for Santa's arrival. 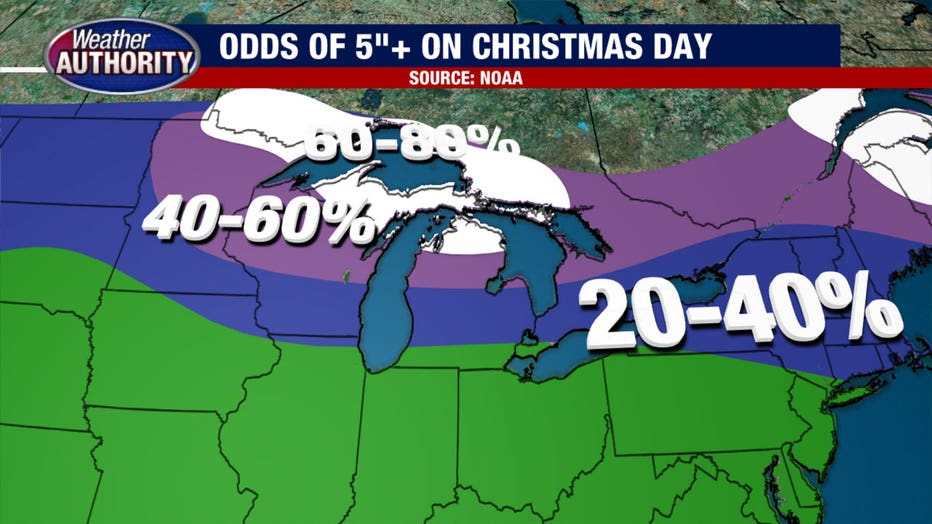 When people want snow on Christmas, they're more hopeful for a thick blanket of snow. What are those odds? Even lower.