A large funnel cloud caused severe damage in New Orleans after nightfall. At least one person died and multiple others were injured, according to initial reports.

Drew and Matthew Burke recorded video in Chalmette, on Chinchilla Street, of the terrifying funnel cloud as it moved across the darkened landscape.

Another video showed the slow-moving wedge being lit up by exploding power lines.

According to the Associated Press, the tornado appeared to start in a New Orleans suburb and moved east across the Mississippi River into the Lower 9th Ward of New Orleans, as well as parts of St. Bernard Parish before moving northeast.

It wasn't immediately known whether anyone was injured. While the metropolitan region is often struck by severe weather and heavy rains, it's rare that a tornado moves through the city. 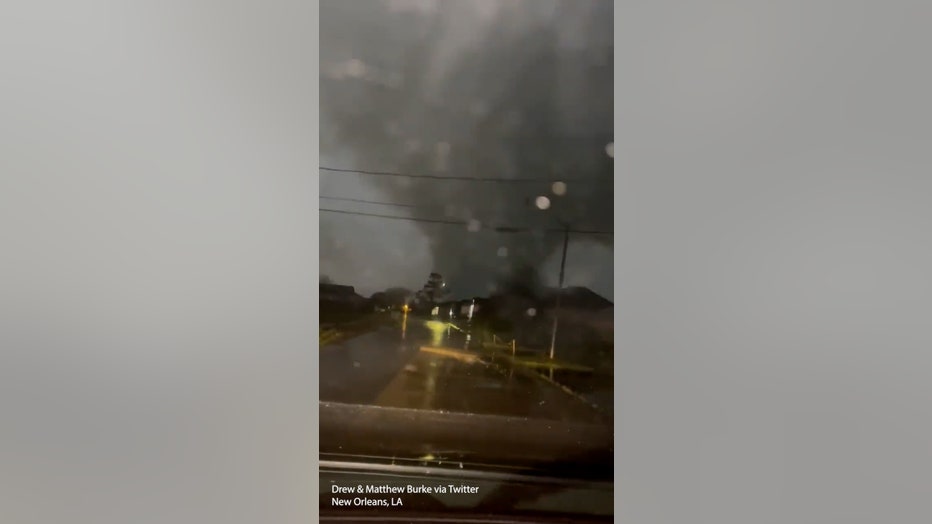