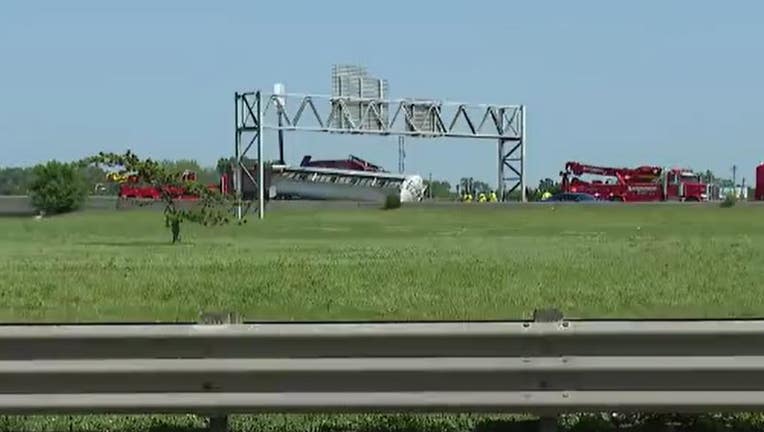 DETROIT (FOX 2) - Update: At about 9 p.m. southbound I-75 was reopened after about a seven-hour closure for accident investigation. At about 6:30 p.m. northbound I-75 at Schaefer/Fort was reopened following the crash.

One person was killed Wednesday in a crash on southbound I-75 in Detroit.

The hauler driver then hit a semi-tanker, causing the trailer of the tanker to come undone. The trailer fell on a Dodge Charger that was on the shoulder of the freeway.

Police said the pickup truck driver was killed. Troopers are working to identify them.

The driver of the Charger suffered minor injuries. No one else was hurt.

As of 4:15 p.m. Wednesday, the freeway was closed. The Michigan Department of Transportation said the road will be closed through the afternoon rush hour.