Gunman on the run after killing security guard, wounding another

Detroit police are on the hunt for a suspect who shot two Team Wellness guards, killing one of them Wednesday,

DETROIT (FOX 2) - A security guard was killed and another critically injured after they were shot at a Detroit mental health clinic Wednesday afternoon.

Police said a man, who does not appear to be affiliated with the clinic, walked up to the guards in an area where patients congregate at the back of Team Wellness Center at 6309 Mack Ave. at Mount Elliott with his hands in his pockets.

When one of the guards asked why his hands were in his pockets, he pulled out a gun and shot them.

The shooter fled, and police are looking for him. DPD said it has identified him but no name or description has been released.

The victim who was killed, had worked there for four years. His family told FOX 2 that he has a stepdaughter, a young son and a baby on the way.

Police say the suspect had come to Team Wellness earlier in the day and had been turned away by the security guards. At about 1 p.m. this afternoon, he came back.

"He had his hand kind of in his coat pocket," said a Detroit police officer at the scene. "They asked him to open his coat pocket up and he drew a weapon and fired shots - striking two individuals.

"It's a bad situation, anytime you lose a life it is just horrible. The outcome is horrible. Now we are trying to track down this individual." 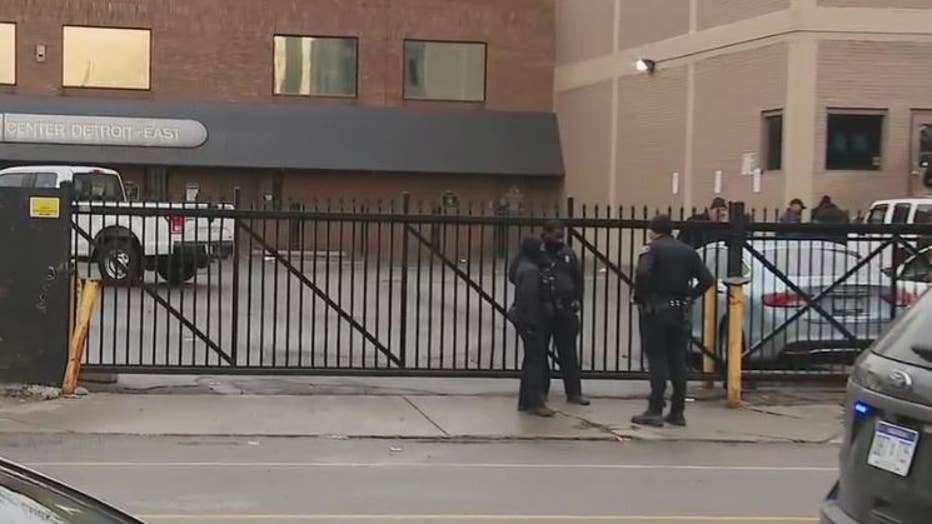 The center also provides transitional housing with programs for men, women and children.