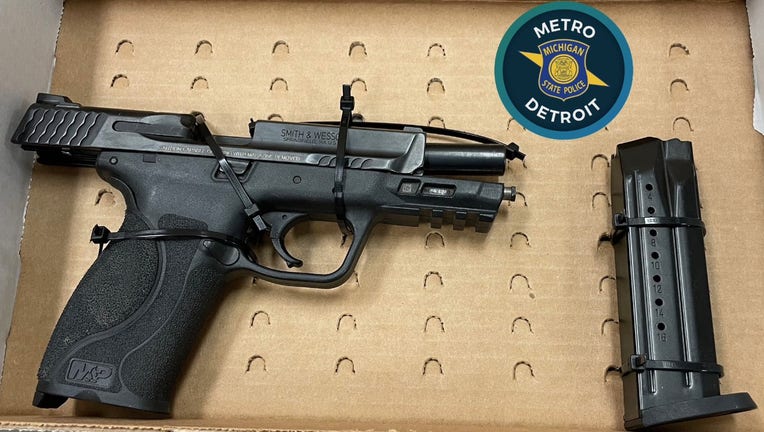 A 14-year-old was caught with a 9mm after asking a Michigan State Police trooper for bus route information.

DETROIT (FOX 2) - A 14-year-old from Detroit asked a Michigan State trooper for help determining when a bus would arrive - only to be caught with a loaded 9mm, according to MSP.

According to Michigan State Police, around 9:30 on Sunday night, a trooper in the north division was asked for help by a 14-year-old boy near 8 Mile and Russel in Hazel Park. The boy was looking for information about the DDOT bus schedule.

READ NEXT: Student caught with gun at Belleville High School after posting videos with weapon

Specifically, he wanted to know when the bus was arriving. MSP said the two weren't able to determine when that would happen and the trooper offered a ride, which was accepted.

The trooper asked for a pat down before giving him a ride in his car - which was agreed upon.

That's when the loaded 9 mm Smith & Wesson was found in his waistband. The teenager from Detroit was arrested for carrying a concealed weapon and returned to the custody of his parents, pending review by the Wayne County Prosecutor's Office.