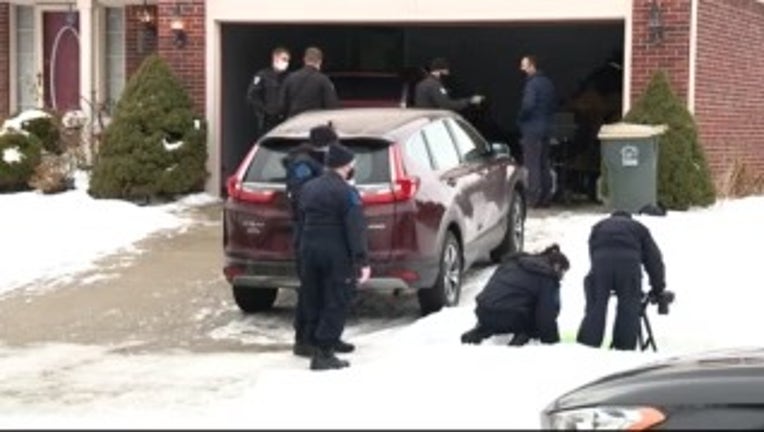 CANTON, Mich. (FOX 2) - The Wayne County Prosecutor said a 14-year-old girl has been charged with stabbing her grandmother to death in Canton earlier this week.

The 65-year-old woman, identified as Cynthia Mosby,65, was found dead in her home on Kimberly Drive in Canton on Monday.

The woman was discovered just before 8 a.m. fatally stabbed inside her residence on Kimberly Drive. The body of Ms. Mosby was found by her son who is the father to the 14-year-old. According to the Wayne County Prosecutor, Ms. Mosby had custody of her granddaughter at the time of her death.

The teen was not in the home at the time Ms. Mosby was found. The officers were directed to a bedroom in the home where they observed the lifeless body lying face down on the floor suffering from multiple stab wounds.

"We extend our deepest condolences to Cynthia Mosby's family. Our police officers and detectives have worked tirelessly to identify the tragic circumstances of her death. Wayne County Prosecutor Kym Worthy's analysis and charging decisions were invaluable following this challenging set of facts."

The girl's name was not released due to her age.

It's alleged that after the stabbing she checked into a motel in Southgate. Canton Investigators responded Monday afternoon and she was taken into custody.

"The fatal stabbing of Ms. Mosby is very sad and disturbing. Ms. Mosby was a nurse who was raising her granddaughter. Our prayers go out to her son and family, In this case the 14-year-old girl is being adult designated because upon conviction it gives the judge the most flexibility during sentencing to provide options for rehabilitation of this very troubled youth."

The teen was scheduled to be arraigned Saturday morning was not. She has been referred for competency and criminal responsibility evaluations and sent to Wayne County Juvenile Detention Facility. The continued hearing is scheduled for April 15th.