WATERFORD, Mich. (FOX 2) - A 28-year-old man is facing multiple charges after a multi-vehicle crash in Waterford left a 6-year-old dead and her father seriously injured in the hospital.

A 28-year-old man is facing multiple charges after a multi-vehicle crash Wednesday in Waterford.

The crash happened Wednesday, Oct. 14 around 4:30 p.m. at Highland and Airport roads and involved four vehicles.

Police in Waterford say the suspect crashed his 2016 Hyundai Sonata into the back of a 2019 Chevrolet Equinox. Inside the Equinox were a man and his 6-year-old daughter. Their vehicle was hit so hard that it hit the one in front of them, a Ford Fusion, driven by the man's wife and the girl's mother.

The 6-year-old girl was killed. We're told her father is still seriously injured and in the hospital right now.

The fourth vehicle in another lane was also hit in the crash. That woman and her daughter were not hurt.

Police say moments before the crash happened, they were getting calls about a Sonata driving recklessly in the area. The violent crash was captured on surveillance video. 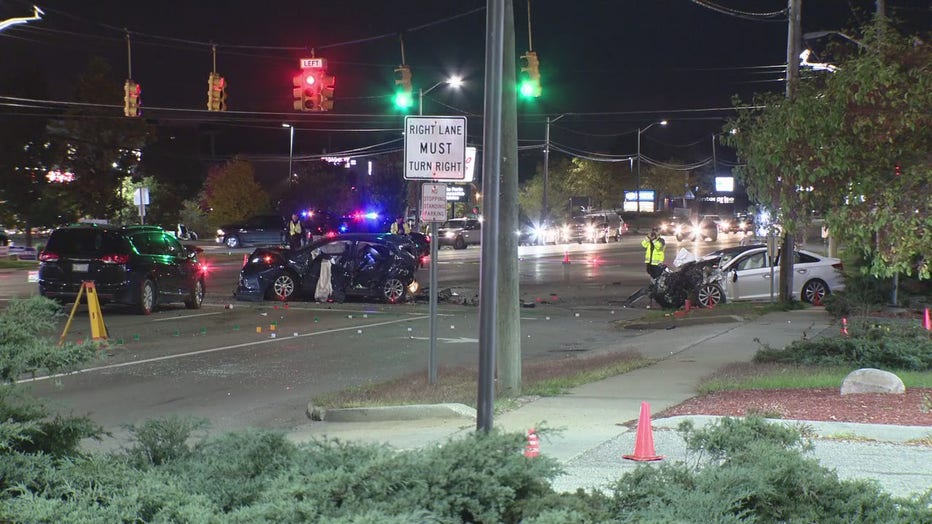 It's not known if Taylor was seriously hurt in the crash.

He was arraigned on the charges Friday and his bond was set at $1 million.

He's due in court again later this month.