Detroit police are searching for three suspects behind the targeted shooting of two Henry Ford High School students that were last listed in temporary serious condition.

DETROIT (FOX 2) - Two students were both struck in a drive-by shooting outside Henry Ford High School in Detroit Monday afternoon in what police say is a targeted attack.

Chief James White said the injuries were not life-threatening, however, but victims were struck twice during the attack. Three suspects are now sought in the ambush.

The incident happened after school was dismissed at about 3:40 p.m. Monday. A police lieutenant who was at the school at the time as is customary during dismissal heard the gun shots. White said he rushed over to the victim and found a 16-year-old student with two gunshot wounds.

The second student was found further down the street. They also had been struck twice. 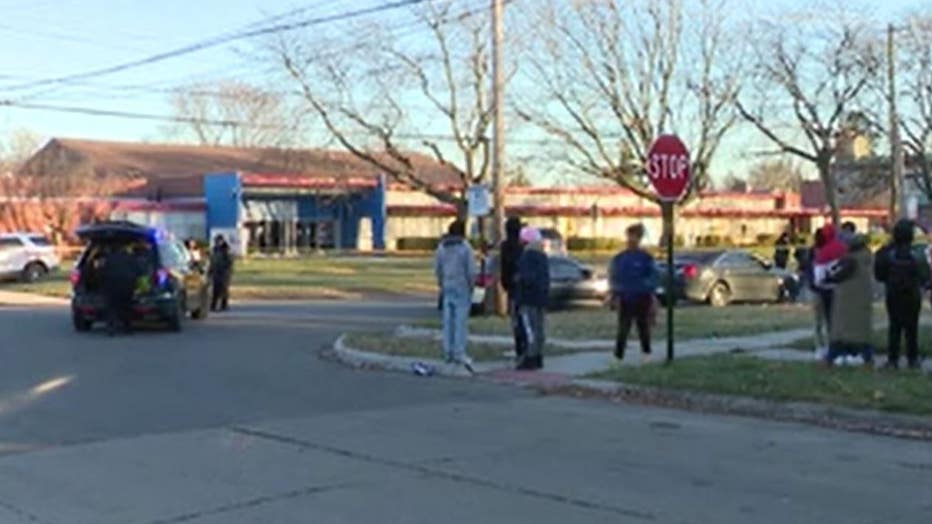 In the early hours of the investigation, police were already certain they knew who they were looking for and White expects an arrest soon. It's unclear if they are students also at the school.

"We are looking for three African-American males possibly all three wearing masks," White said. "No one else is at risk it appears to be an isolated incident, (a result) of a conflict that groups were having.

Detroit police said they have identified one person of interest who does not attend school in the district. They are searching for them.

A witness told FOX 2 that she saw a white van flee the scene after the shooting.

"We heard gunshots, we dropped low," said neighbor Tiffany Butler. "We went to window and heard tires and a white van taking off and some students running around. I let one young man in, so he could call his parents he was shaken up really bad. It happened in front of him.

"I looked and saw what I believe was the grandmother's car, they pulled him out of it and laid him on the ground. And he was shot up pretty bad."

Though the shooting doesn't appear to be related to the school, Henry Ford High School is closed Tuesday.