A manhunt is underway in Detroit after a 4-year-old was shot Sunday night as she was lying on the couch.

DETROIT (FOX 2) - A manhunt is underway in Detroit after a 4-year-old was shot Sunday night as she was lying on the couch.

The little girl has been upgraded to stable condition now - while the suspect who opened fire on her house, remains at large.

"I heard it from the basement it was just really loud, like really loud shots. like a whole bunch of them, ringing," said a neighbor. "And once we heard the screaming, that was that.

The neighbor recalls the moment a Detroit mom learned her four-year-old daughter had been shot inside their home.

It happened on the 16500 block of Woodingham on the city’s west side Sunday night. The little girl, severely injured.

"Preliminarily, the bullet went through her and shattered her elbow," said 2nd Deputy Chief Rudy Harper, Detroit police. "In the moments of this shooting, when the officers responded to the scene, they immediately got that child to a patrol car, and rushed her to a hospital. We believe that contributed to saving her life."

Police say it appears the gunman fired at both the first and second floors of the house from behind a tree on Woodingham. A motive is unknown.

Several neighbors were reluctant to talk with us on camera about the shooting. One woman agreed to do so only if we did not identify her.

"All this senseless killing is just very disturbing because kids, they have their whole life ahead of them and they don’t deserve to be put in those types of positions and situations due to whatever the case was, it doesn’t matter - it was a kid who could’ve died," she said.

While police say there have been fewer homicides and non-fatal shootings in Detroit this year compared to 2020, they say there’s been a jarring number of children on the other end of firearms this year.

"This is a plea to our community: if they know anything to come forward and tell us what’s going on," Harper said. "We have a 4-year-old child that’s been shot. thank God she’s okay."

If you know something, say something. Call Crime Stoppers at 1-800-SPEAK-UP to remain anonymous. 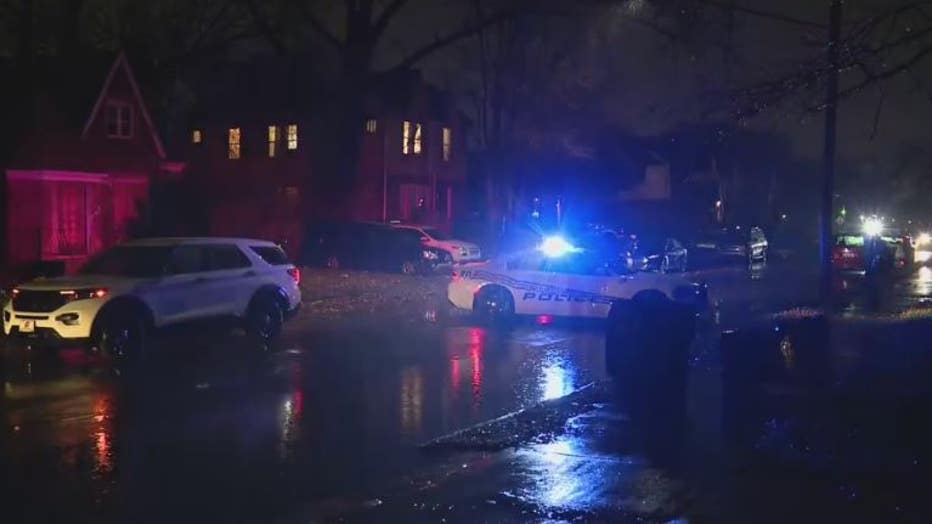