A mother is upset and trying to warn others after her daughter was allegedly touched inappropriately by a boy in her first grade class. The girl's mother said she has yet to talk to anyone at the school after the incident.

DETROIT (FOX 2) - A mother said her daughter was fondled by a boy in her class at Detroit Merit Charter Academy on Monday.

"He fondled her private area, where you basically tell your child 'no, no,'" Carmenlita Luchie said.

Luchie said she filed a police report and called CPS after her 6-year-old daughter Chloe was allegedly touched. However, she said she has yet to meet with anyone from the school.

Luchie said when she sent Chloe to school the next day, the boy was there.

"She should be able to want those As and Bs and not worry, and what she said yesterday is, 'I'm tired of getting touched right there by him,'" she said. "They opened this door to a conversation that you wait for a while to have. Now I have to explain to her what this means, that there are bad people." 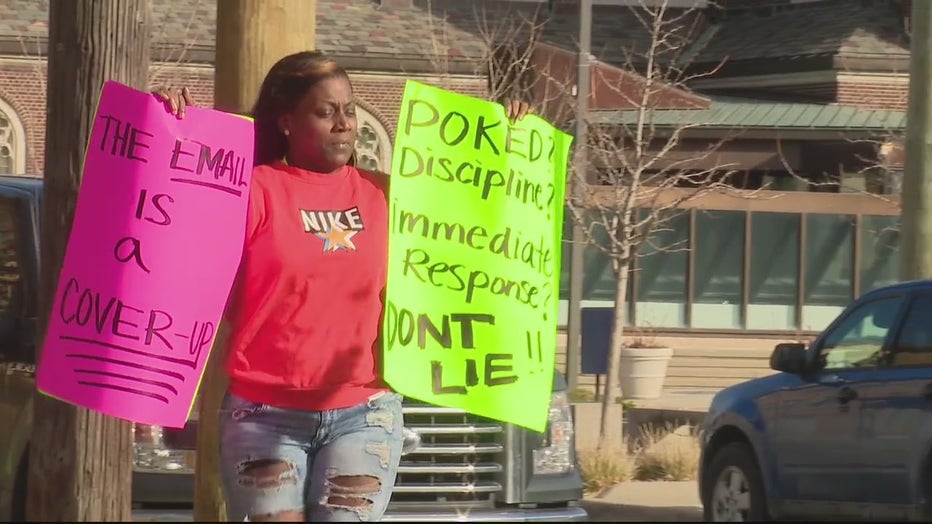 The school sent a letter to parents saying the child accused of touching the girl inappropriately poked three students in a first-grade classroom. That letter said the incident had been investigated.

A spokesperson for the school released a statement Tuesday:

"While I am limited in the details I can share due to student privacy rights, what I can share is that our scholars’ well-being remains a priority. We take all incidences of student misconduct seriously, which is why school leadership immediately addressed this situation."