John Palik was taking his dog for a walk in Detroit on Sunday morning when a man shooting random people opened fire. Both Palik and his pet were shot.

More: Shooting spree suspect arrested after tip from 'somebody close' to him

The man was approaching random victims on the west side.

"I start moving faster and all of the sudden two shots come out they hit Kingston, and he dropped to the ground," Palik said.

After Kingston was shot, Palik, a former military police officer, was hit in the groin. 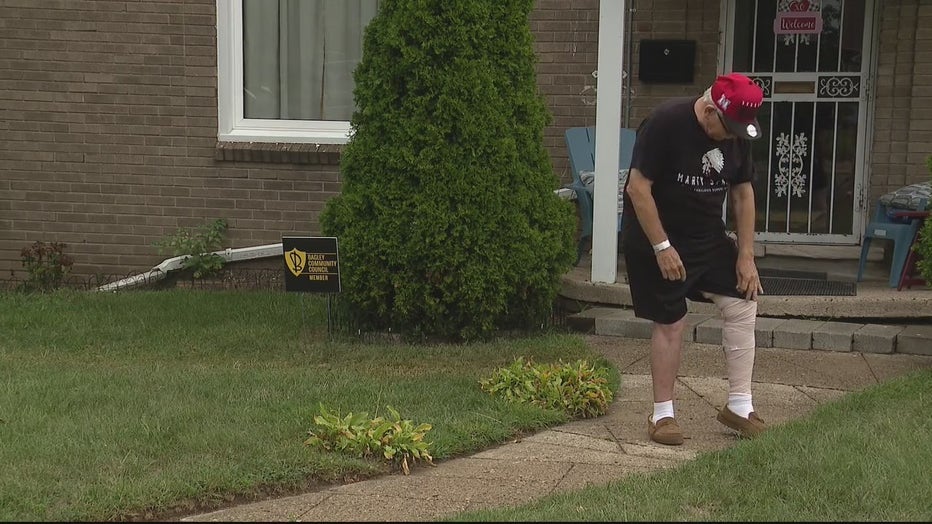 The shooter fled when neighbors ran outside.

"I know that diverted his attention, and I honestly feel that they saved my life," Palik said.

A neighbor used a belt as a tourniquet to stop Palik's bleeding. Kingston also survived.

"I got to say this, the people on Pennington, if anyone deserves a medal of honor, they all came out. It was fantastic," he said.

Myha Lee – sat down with FOX 2 after going to identify her son’s remains at the Wayne County Morgue. That's when she says, reality set in.

While Palik survived, three other people were killed, including Chayne Lee, who leaves behind a son, and Lori Ploszewski-Brisco, who had five children. The third victim is a Jane Doe.

Myha Lee sat down with us…after going to identify her son’s remains at the Wayne County Morgue…that's when she says, reality set in.

"For somebody to hurt him in that way he did not deserve that no matter what he did in his life."

Chayne Lee, a twin, and 28-year-old father, was shot and killed. He was the first victim – of a 19 year old man who went on a random shooting spree Sunday morning. The family set up a gofundme for the family that you can find here.

"He had a son who will never see him again and doesn't understand why he's gone," Myha said.

After the gunman shot Lee at 7 Mile and Wyoming, he allegeldy went three blocks away and murdered his second victim. A Jane Doe in her 40s. While investigating those shootings, Detroit police heard more shots fired nearby.

The next scene was at Livernois and Pembroke where they found the body of Lari Ploszewski-Brisco a mother of five, waiting for the bus when she was randomly targeted off Livernois near Pembroke.

Detroit police provided a timeline of what happened Sunday after a suspect killed three people in what is being called a "random" shooting spree.