WEST BLOOMFIELD, Mich. (FOX 2) - A man is in police custody after an 8-hour standoff inside a hotel in West Bloomfield ended peacefully on New Year's Day.

Police say the barricaded situation began around 2 a.m. after an alleged domestic situation between a husband and wife at the Hampton Inn on Northwestern Highway.

Charges are pending after an 8-hour standoff inside a West Bloomfield hotel on New Year's Day.

The couple was in town from Kentucky for a New Year's Eve party and staying at the hotel. Police were first alerted to the situation when they got a call about a woman screaming and running naked down the hallway.

When police talked to the woman, she said her husband assaulted her.

The 37-year-old man then locked himself inside the hotel room with a gun, prompting the standoff.

Guests nearby were taken to a neighboring hotel as a precaution and a crisis team was brought in to try and talk to the man. The man came out on his own and surrendered peacefully around 10 a.m. 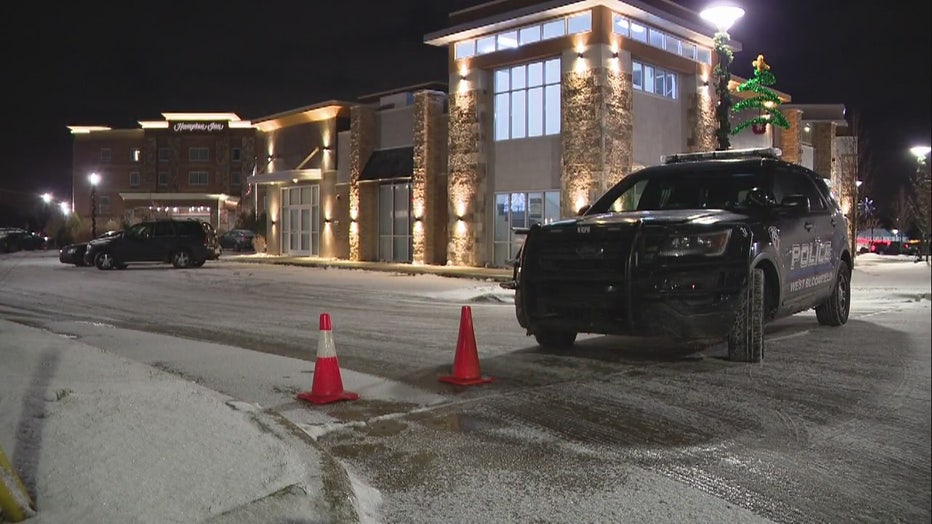 "We don't want to rush anything. We certainly don't want to rush into that room with a subject that does have a handgun. We want to take our time, we want to establish communication. Our crisis negotiation team, they have a lot of training on how to build that relationship and that relationship, after a period of several hours, caused him to come out safely, in custody. No one was injured at the scene which, we're very thankful for that," said Michael Patton, West Bloomfield Deputy Police Chief.

We're told the woman was taken to the hospital but the extent of her injuries isn't known.

A report will now be sent to the prosecutor's office regarding charges.