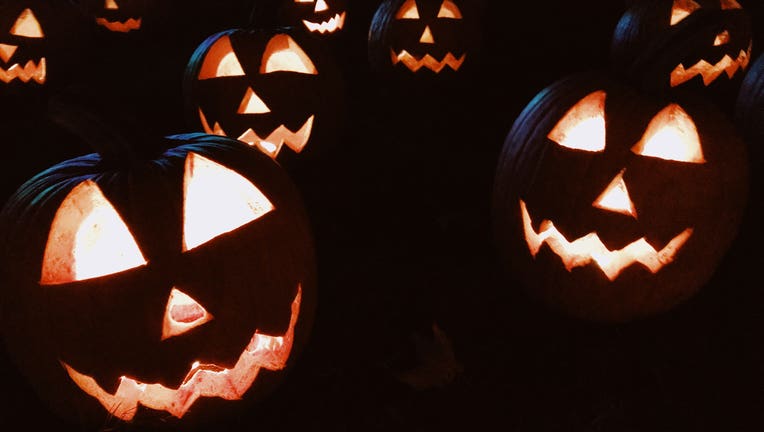 (Photo by Taylor Rooney on Unsplash)

More: Things to do on Halloween weekend

Looking for haunted houses? Check our guide here. Cider mills? We have a guide for that, too.

Dress your pooch up and head to Ferndale to grab a drink. There will be a parade of pups. Attendees will vote on the best-dressed dogs, and the winners will win prizes.

This outdoor event is for 21 and up only. There is a $5 cover charge.

When you wear a costume to the Founders Detroit Taproom, you'll get $1 off your first pint.

On Saturday, employees will be dressed as their favorite musicians and a playlist will feature songs by those artists.

There will be food from the Papelon Arepa Bar truck and a special not-yet-announced beer release. There will also be a costume contest for the best-dressed individual and group at 10 p.m.

Supernatural has been counting down the days with the 13 Beers of Halloween. Each day, a new beer has been released. On Oct. 30, all of those beers will be on tap and bottles of Bourbon Maple Imperial Fluffy Realm will be available.

HallowMead Party at B. Nektar

There will be special drink releases, food from El Taco Dojo, spooky movies playing, and a costume contest with prizes at 9 p.m.

Wear your best costume for the chance to win growlers and free beer. Photos of contest participants will be posted on Facebook on Halloween for voters to decide on their favorites.

Head to the Rochester Mills Production Brewery in Auburn Hills with pint specials if you're in costume, pizza, and Halloween-themed music.

Get $1 off your first beer when you come in costume.

Halloween movies will be playing in the taproom, too.

Order a flight of mystery beers on Halloween. If you guess them all, you'll get a prize.

Also, wear a costume for $1 off your first beer.