Above and Beyond Awards honor Detroit's first responders

Those stories of bravery were a dime a dozen Thursday night as Detroit’s Public Safety Foundation honored 49 firefighters, police officers, and EMTs.

The Detroit Public Safety Foundation honored first responders who go "Above and Beyond" the call of duty.

"You don’t do the job looking for awards or anything like that, you just do it because it’s truly in your heart," said Firefighter Lavaughn Williams.

Williams' heart was on full display back in April when he rescued an infant girl from a burning house — he spotted movement in a crib as he searched the home and noticed there was a baby inside struggling to breathe.

"I just froze and picked her up and ran out of there as quickly as possible and thank God I was able to catch her before it was too late," he said.

Those stories of bravery were a dime a dozen Thursday night as Detroit's Public Safety Foundation honored forty-nine firefighters, police officers, and EMTs. 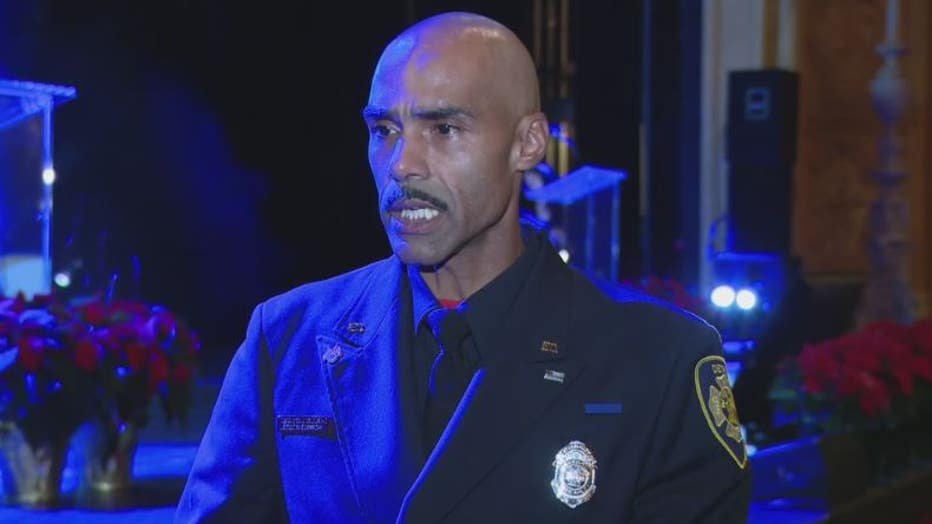 Detroit Firefighter Lavaughn Williams who rescued an infant girl from a burning house this past year, was honored Thursday.

Detroit Firefighter Jeff Hess was one of them -  he was hospitalized in January of 2020 after rescuing Antonia Mayorga as flames consumed her Southwest Detroit home.

He wasn’t the only one to risk life and limb to save someone else’s. These officers from Detroit’s Fifth Precinct rescued a mother and her two children from a potentially deadly domestic violence situation.

"You turn that corner and you see him on top of his girl and you see that gun in his hand," said Cpl. James Kansier, Detroit Police Department. "All of a sudden you see the gun slide across the floor, and that’s when we decided to go hands-on with the guy.

"And we were able to get him off his wife, get him in cuffs, and the kids were safe upstairs at the time."

"No shots fired, everybody made it home safely," said Officer Kollin Gantt, DPD.

Everyone there was in agreement - they are the true heroes. 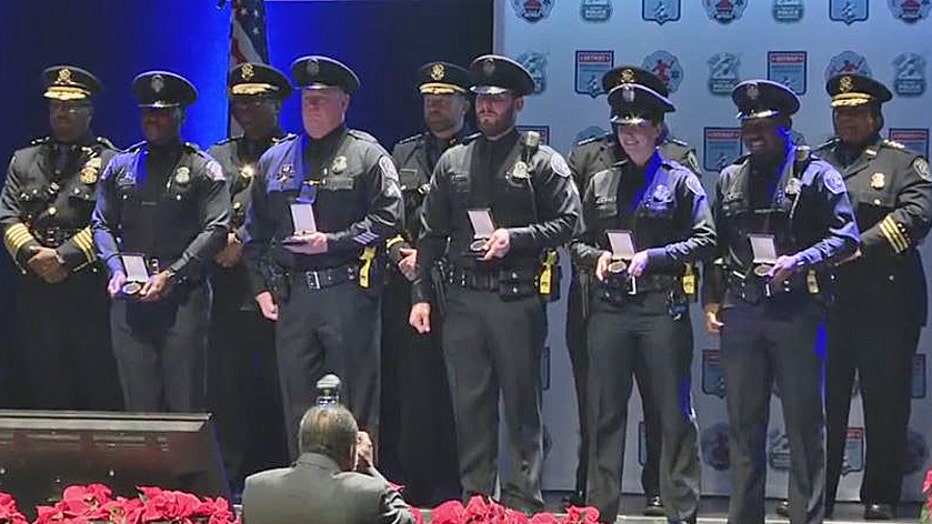