FOX 2 - New auto insurance reforms are set to take effect in July. But there could be unintended consequences that some say would hurt those most vulnerable as they recover from life-threatening auto accident injuries in Michigan.

New auto insurance reforms are set to take effect in July. But there could be an unintended consequences that some say would hurt those most vulnerable as they recover from life-threatening auto accident injuries.

It is part of the auto insurance reform that went unnoticed until it was signed into law - and now if lawmakers don't do something about it - there will not be critical care for people who cannot care for themselves.

In 2005, Maureen Howell's son was critically injured in an auto crash.

"He went around the curve in St. Charles, two minutes from home, and reached for his cell phone which had fallen on the floor, and went up a hill, went airborne, his car hit a tree head-on," said Maureen Howell.

Howell says her son who was studying to be a doctor, was injured so badly, he's has been forced to have around-the-clock care ever since.

"We were advised multiple times to take him off life support for his own good, but we just thought he had a chance for survival," she said.

Through the catastrophic claims fund, Maureen and her husband have been able to give the same acute care he's needed.

but because of the new auto insurance laws that go into effect July 1st, that's expected to change. 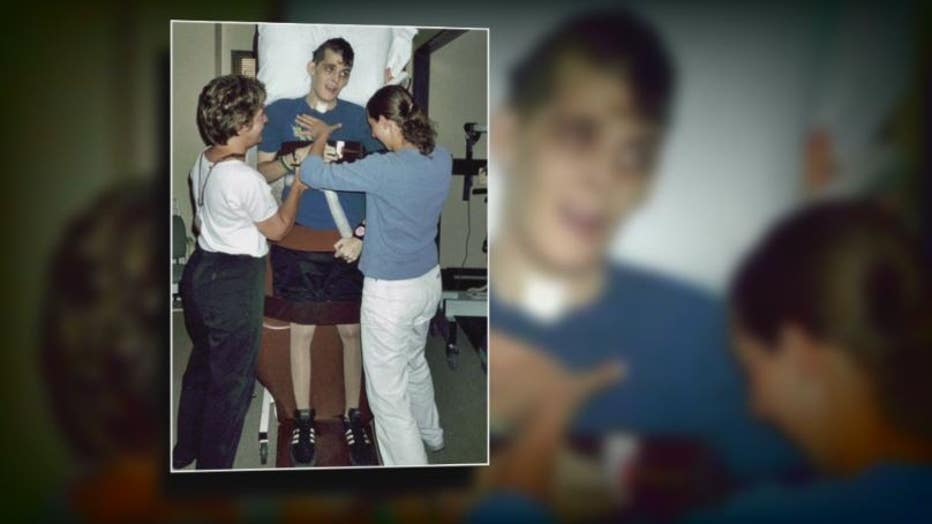 In 2005, Maureen Howell's son was critically injured in an auto crash. Now she says his medical care will end this July.

"Eighteen-thousand people being cared for from the Michigan Catastrophic Fund and all of those will lose their care they have right now," said Bob Mlynarek.

Insurance payment rates for home health care, nurses and caregivers will be cut by 45 percent..

Mlynarek who co-owns 1st Call Home Healthcare in Clinton Township, says thousands of nurses and health care aids will lose their jobs,  medical care facilities will be forced to close, and because relatives won't be able to afford 24-hour care - they will have to find other work.

On top of that, public long-term care facilities won't be able to accommodate the influx of thousands of catastrophic care patients.

Bob and Maureen are part of the Facebook group "We Can't Wait" which is pushing lawmakers to pass two bills that would eliminate the drastic payment cut and replace it with what's been described as a fair and reasonable fee schedule.

But they claim the bill is stuck in the insurance committee because of Republican Senate Majority Leader Mike Shirkey. 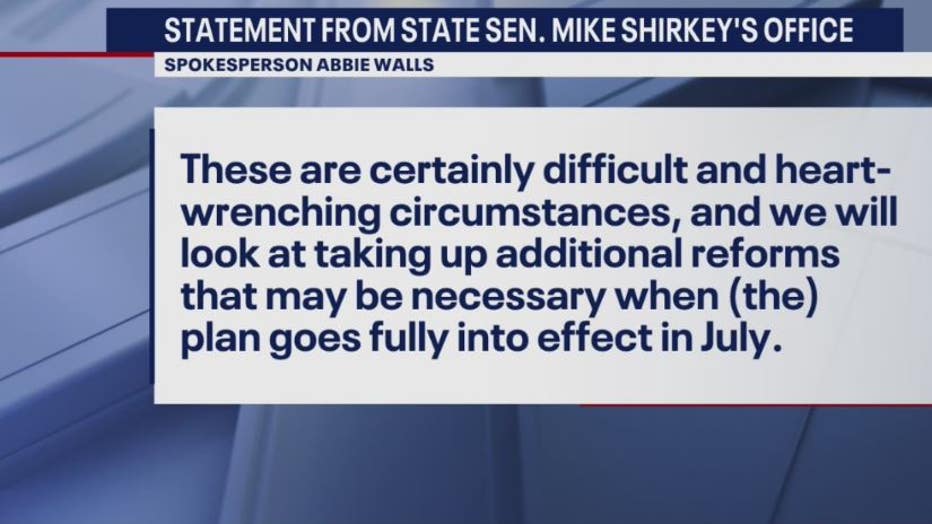 In response - his office issued this statement:

"These are certainly difficult and heart-wrenching circumstances, and we will look at taking up additional reforms that may be necessary when the plan goes fully into effect in July."

By then, the group "We Can't Wait" fears it may be too late. Especially because many people don't realize that patients who are receiving catastrophic care right now, are not grandfathered in, and time is running out.

"He would have had died," Maureen said.