Seventeen-year-old Terrance Armour and 18-year-old Carlesa Taylor were driving with a mutual friend at Schoolcraft and Ashton when someone in a silver Dodge Durango opened fire on them and then drove off, seven months ago.

DETROIT (FOX 2) - The parents of two teens gunned down in Detroit back in February are questioning why no one has been charged.

"I don't want this to be thrown up under the rug and to just forget about it," said Dionne Weathers, whose daughter was killed. "We are talking about babies. 18 and 17 years old that had a whole life ahead of them. And they were good kids."

Seventeen-year-old Terrance Armour and 18-year-old Carlesa Taylor were driving with a mutual friend at Schoolcraft and Ashton when someone in a silver Dodge Durango opened fire on them and then drove off.

Terrence and Carlesa were killed - their friend, seriously injured.

"We still have another child who was seriously injured by all this," Brooks said. "It will never be the same."

A spokesperson for the Detroit Police Department says its homicide unit sent the warrant to the Wayne County Prosecutor's Office for a charging decision back in April.

Investigators met with prosecuting attorneys about the case Monday. DPD believes there’s enough evidence for them to sign off on a warrant. 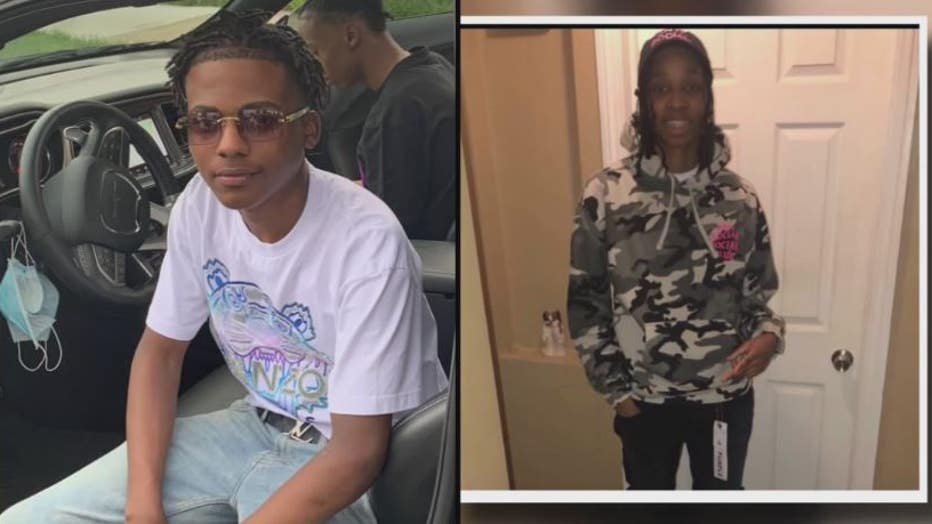 "There is supposed to be a witness in the case and the case is at the prosecutor's office, and the detective said it's there," Brooks said. "He's done everything that he can do."

A spokesperson for the Wayne County Prosecutors Office says they’ve been working on the warrant and it’s in the review process.

Prosecutor Kym Worthy is pleading with retired prosecutors to join her ranks. She recently said her office is "in crisis mode" adding she lost a third of her staff and their caseload is enormous.

2 killed in triple shooting at Ashton, Schoolcraft in Detroit

The parents of the teens gunned down and seriously injured don’t know what impact if any those staffing issues are having on their case — they just justice for their kids.

"They all had promising futures, so it is just very sad," Brooks said. "And we would like justice, we don't want any other mothers to feel the pain that we feel."