EAST LANSING, Mich. (FOX 2) - As Governor Gretchen Whitmer was in Grand Rapids on Monday touting the fact that workplaces around the state are having employees return to the office - others seemed focused on her actions over this weekend.

Whitmer was captured in a picture surrounded by more than six people at a table in a restaurant which by state order is a violation.

One group, The Impeach Whitmer Campaign, even filed a police report arguing this picture may be worth more than just a thousand words - specifically a $500 fine for violating the order, which is a restaurant/bar punishment handed out by her own administration.

"Whitmer was flouting her own COVID-19 rules while the rest of us have to abide by them," said Tori Sachs.

It is something that does not sit well with the Michigan Freedom Fund which Sachs heads up.  She is the executive director of the conservative nonprofit who has strong feelings about the message the picture sends.

"There's people who haven’t been able to visit loved ones in nursing homes," Sachs said. "Those people are human too. They all wanted to live their lives, and Gov. Whitmer and her administration said no several times."

One group, The Impeach Whitmer Campaign, even filed a police report arguing this picture may be worth more than just a thousand words - specifically a $500 fine for violating the order, which is a restaurant/bar punishment handed out by her own administration.

After the photo of Whitmer at the Landshark taken on Saturday, two days later the governor has lifted the rule banning more than six from sitting together at one table. That will go into effect next month, meaning if this same picture was snapped on June 1st it would not violate any order. 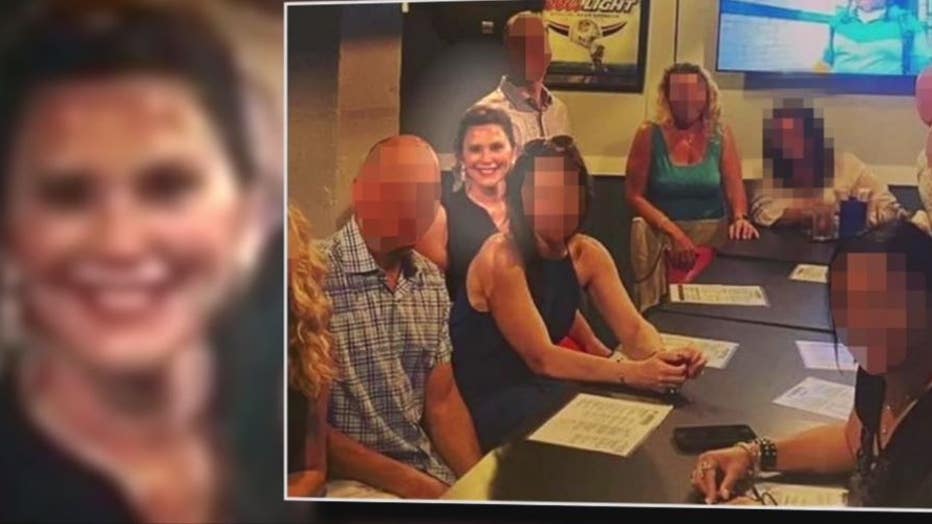 Gov. Gretchen Whitmer pictured at The Landshark in East Lansing with more than six people at her table in violation of state orders enforced by her office.

"We have a constitution. we have rights, and it’s time for all the Covid orders to end," Sachs said.

On Sunday Whitmer issued an apology for the scene in the picture. On Monday in Grand Rapids she said it again.

"It was an honest mistake and I have apologized for it," Whitmer said. "I think that we have specifically not penalized businesses who are trying to do the right thing. It’s those who have flouted and puts others at risk are the most concerning. But I don’t think there is much for me to add other than Spartans or Spartans for life should know it’s a restaurant and they have pretty good pizza."

Management at the Landshark in East Lansing said they had no comment on the photo or the Covid orders. As for the apology, conservative groups don't think it goes far enough. They are asking all businesses or individuals who have been fined, be reimbursed. 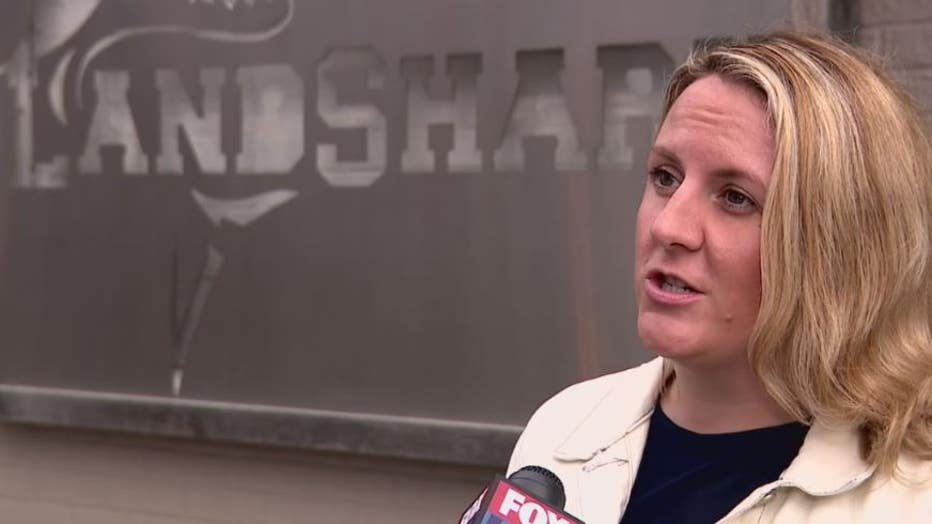 "Unless she is going to show them the same grace by rescinding all the violations that have been ordered at the state and federal level and refunding all the fines then I think it rings hollow," Sachs said.

The governor has said she plans to do away with all covid related restrictions by July 1st.