The U.S. Supreme Court has overturned the Roe vs. Wade landmark case that legalized abortion nationwide, which will likely leading to many states enacting restrictive laws or full abortion bans. Protesters had gathered outside the Supreme Court in anticipation of the 6-3 ruling. The court went down ideological lines, with Chief Justice Roberts concurring with the five other conservative justices.

With the Supreme Court overturning the landmark 1973 Roe v. Wade case Friday, companies nationwide have been stepping up to help their employees who live in states where abortion will or has already been banned cover the cost of travel to seek the procedures elsewhere.

Several of the nation’s largest companies already cover abortion health care with their insurance plans, but many have since expanded that coverage to include travel costs after Texas imposed strict abortion restrictions and after the Supreme Court draft decision was leaked on Roe v. Wade earlier this year.

Here is a list of companies that cover their employees’ reproductive-related travel expenses: 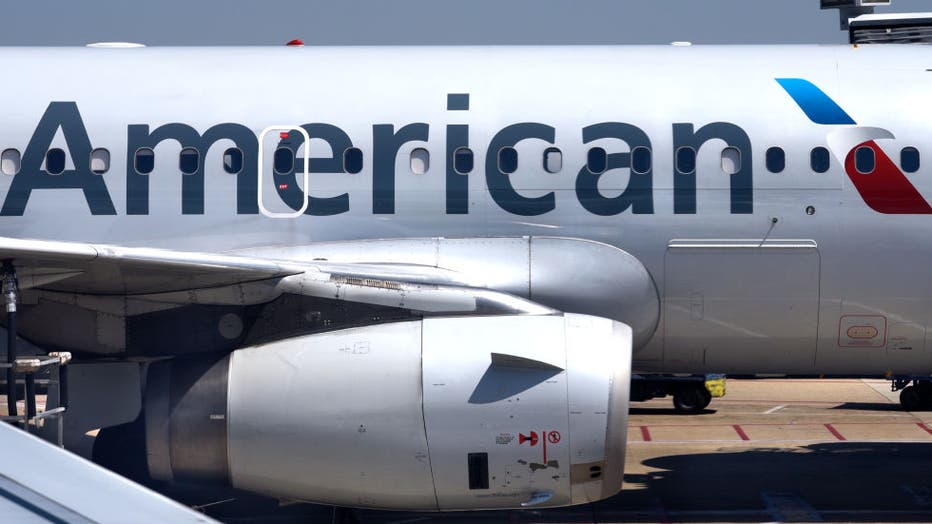 The airline said in a letter to employees that it pledged to reimburse travel for medical procedures and treatments.

"Just as we always have, our company will continue to provide employees with extensive benefits to support their health and well-being, no matter where they live," American Airlines wrote in a letter to employees.

This includes reimbursing travel for certain medical procedures and treatments if they are not available where you live. Today’s Supreme Court decision does not change that," the company continued.

FILE - An Amazon logo is displayed on a fulfillment center. (Gabe Ginsberg/SOPA Images/LightRocket via Getty Images)

In May, Amazon announced it will cover up to $4,000 in travel expenses annually for employees who get non-life-threatening medical treatments, including abortions.

An internal message first reported by Reuters and confirmed by FOX Business notes that the new reimbursement is available to the company's U.S. corporate and warehouse employees or covered dependents enrolled in Premera or Aetna health plans.

The policy, which is effective retroactively from Jan. 1, applies if an operation is not available within 100 miles of an employee's home and virtual care is not possible. In addition to abortions, Amazon's new policy also covers treatments related to cardiology, cellular gene therapies, oncology and substance abuse disorder services.

Amazon also offers up to $10,000 in annual travel reimbursements for life-threatening issues. 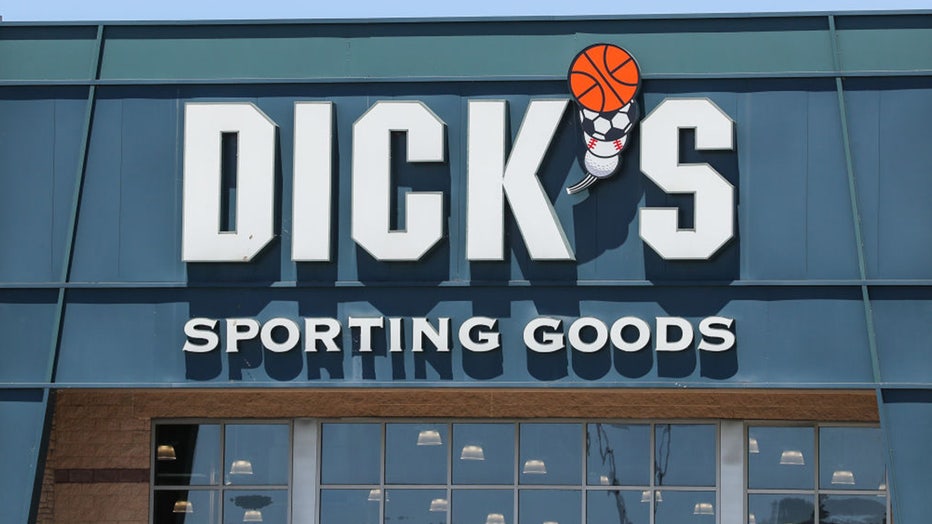 FILE - The sign of Dick's Sporting Goods is seen at Monroe Marketplace in Pennsylania. (Paul Weaver/SOPA Images/LightRocket via Getty Images)

The sporting goods and recreational retailer will cover up to $4,000 in travel expenses for employees who seek abortion-related health care in other states if there are strict abortion restrictions in theirs.

"This benefit will be provided to any teammate, spouse or dependent enrolled in our medical plan, along with one support person," the company tweeted. 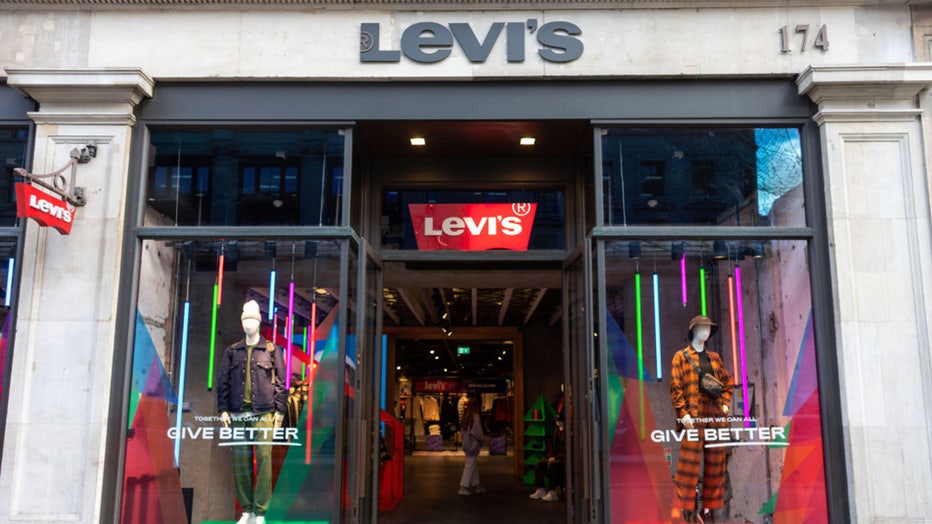 Under the company’s current benefits plan, employees are eligible for reimbursement for healthcare-related travel expenses for services not available in their home state, including those related to reproductive health care and abortion, the company said in a statement released in May.

The company also offers these same services for part-time employees.

"Given what is at stake, business leaders need to make their voices heard and act to protect the health and well-being of our employees. That means protecting reproductive rights," the company said. 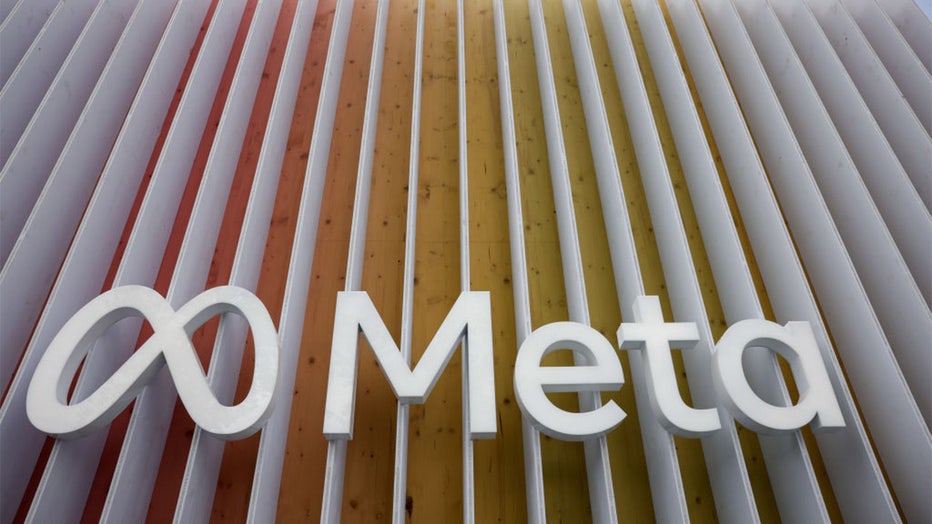 FILE - The Meta Platforms Inc. pavilion on the opening day of the World Economic Forum (WEF) in Davos, Switzerland, on Monday, May 23, 2022.  (Jason Alden/Bloomberg via Getty Images)

"We are in the process of assessing how best to do so given the legal complexities involved," a Meta spokesperson said. 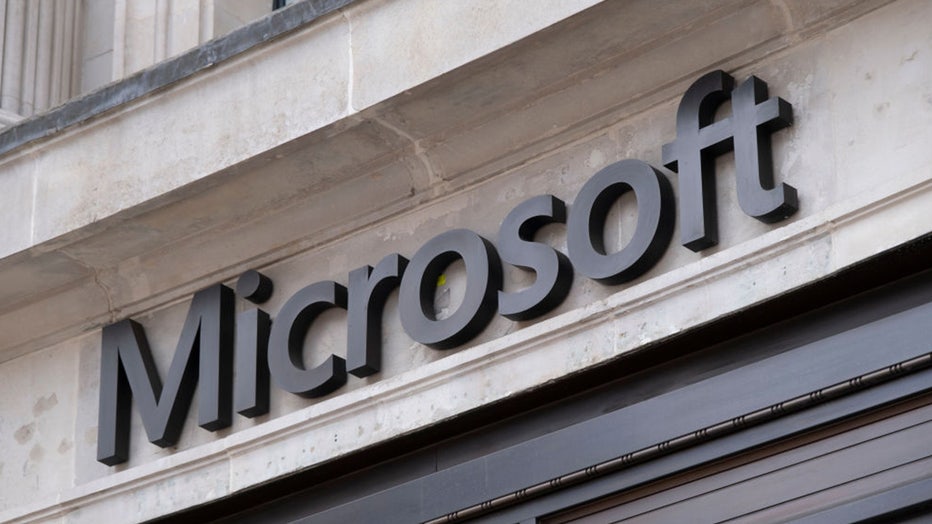 The tech giant has been providing its employees access to "critical healthcare" which, according to Microsoft, includes abortions and gender-affirming care.

"This support has been extended to include travel expense assistance for these and other lawful medical services where access to care is limited in availability in an employee’s home geographic region," a Microsoft spokesperson said. 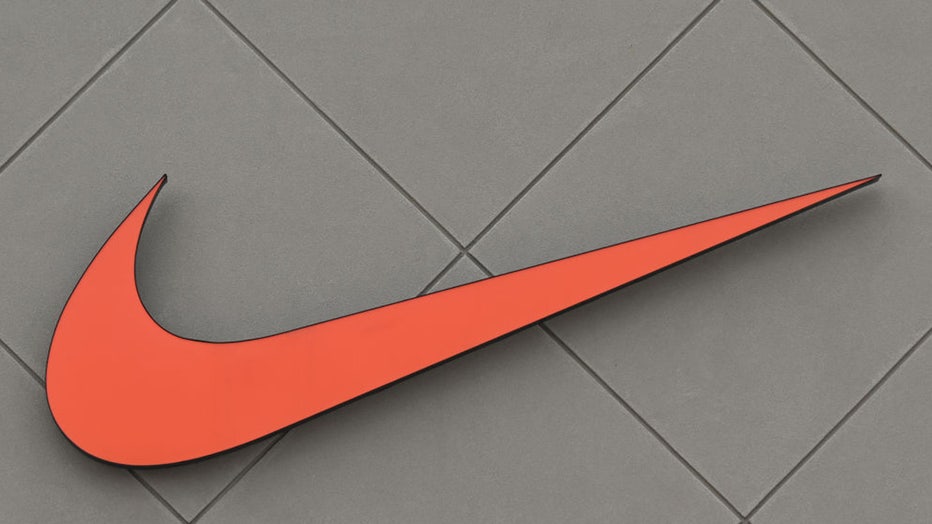 Nike’s benefits have long included care such as family planning and that includes contraception and abortion coverage, according to an emailed statement from the company.

"No matter where our teammates are on their family planning journey – from contraception and abortion coverage, to pregnancy and family-building support through fertility, surrogacy and adoption benefits – we are here to support their decisions," a Nike spokesperson said.

Nike also provides coverage for travel and lodging expenses in situations where services are not available close to home. 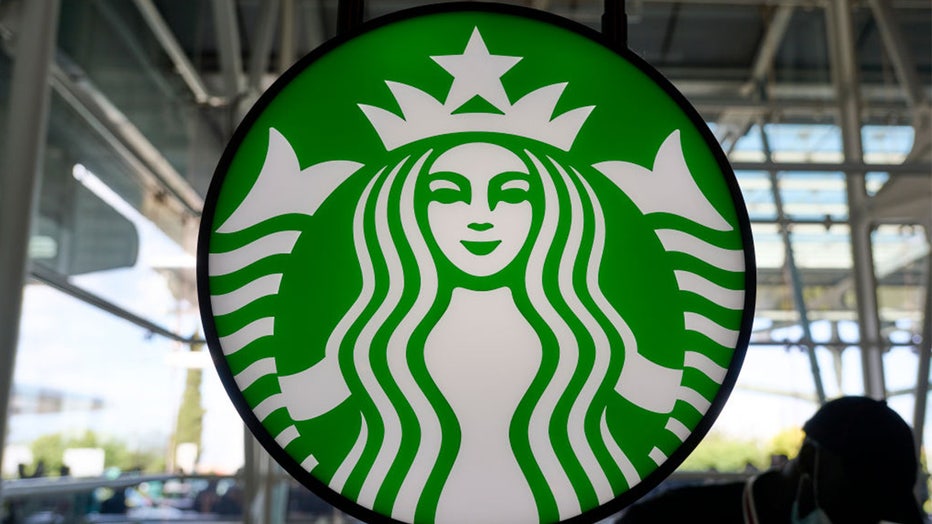 Starbucks said it will pay the travel expenses for U.S. employees to access abortion and gender-confirmation procedures if those services aren’t available within 100 miles of a worker’s home. 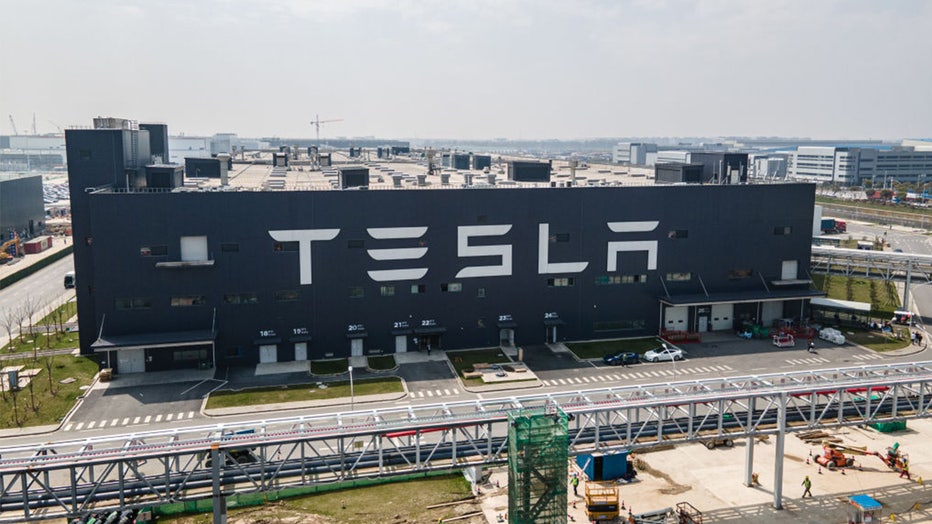 The company said in its 2021 " Impact Report " released in May that it expanded its Safety Net program and health insurance offerings last year to include "travel and lodging support for those who may need to seek healthcare services that are unavailable in their home state."

"We are finalizing updates to our benefits to continue to provide our employers access to the medical benefits they need," the company shared in a statement. 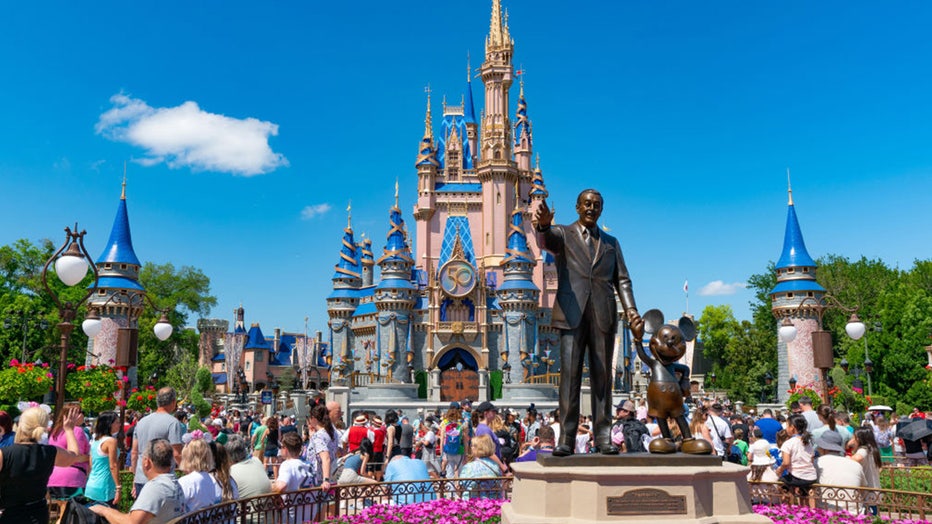 The Walt Disney Company told employees Friday that it recognizes the impact of the Supreme Court's ruling on abortion – and that it remains committed to providing access to healthcare, including family planning and reproductive care, "no matter where they live."

In an email, a spokesperson said Disney employees unable to access care in one location would be able to receive care in another location and that the company would cover the travel costs, including pregnancy decisions.

Specifics on the benefit were not immediately released. 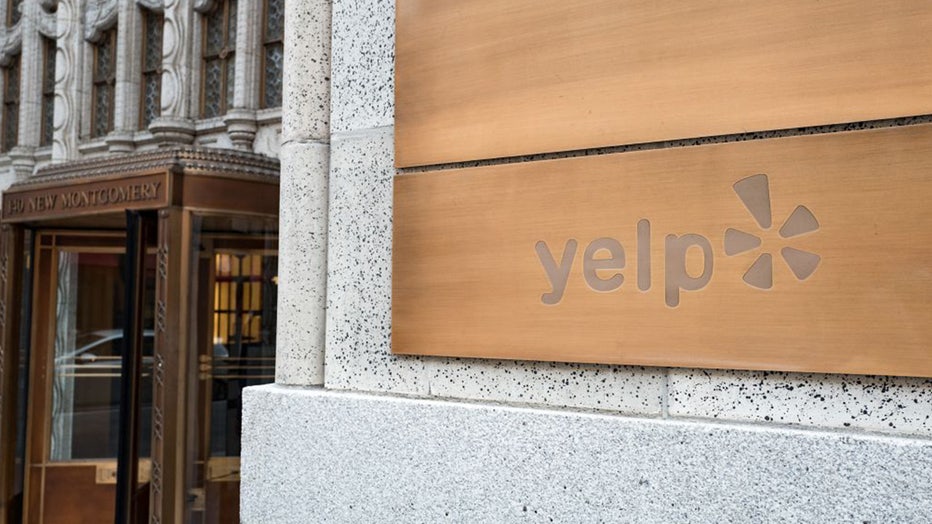 Yelp will cover the travel expenses of employees who must travel out of state for reproductive health needs.

The company will cover all 4,000 employees but seems most likely to have its biggest immediate impact on its 200 workers in Texas, which passed a law banning abortions within the state after six weeks of pregnancy. 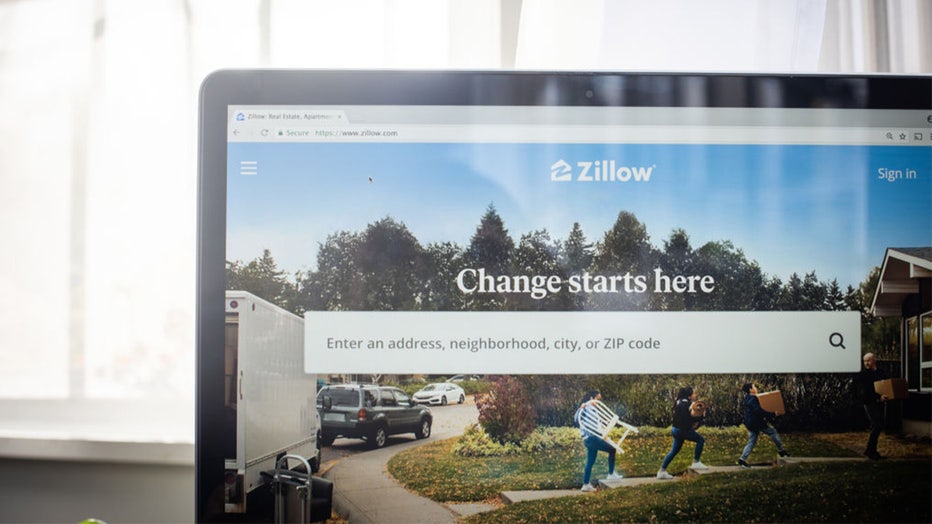 The real estate company already covered medically necessary and elective reproductive health care procedures such as abortions, according to an email sent to FOX TV Stations.

In fact, as of June 1, 2022, the company said it would reimburse employees up to $7,500 for travel expenses to access health care, and this includes reproductive services as well as gender-affirming care.

"We strongly support our employees’ right to make health care choices that are right for them, and we will continue to do so. Our health benefits cover a wide range of reproductive health care services — including abortion, whether patient-elected, medically necessary, or both," a company spokesperson said.

The Associated Press and FOX 35 Orlando contributed to this report. This story was reported out of Los Angeles.