Loren Courts' father, Lawrence Courts, is a retired DPD officer. He said it's been an emotional roller coaster the past 24 hours since the moment he heard about his son being shot to grieving his son's loss.

DETROIT (FOX 2) - The Detroit Police Department is grieving the loss of one of its own after Officer Loren Courts died in the line of duty Wednesday night. The entire city and region is thinking about the Courts family tonight. He is survived by his wife and two children.

Courts' father, Lawrence Courts, is a retired DPD officer. He said it's been an emotional roller coaster the past 24 hours since the moment he heard about his son being shot to grieving his son's loss.

"He was an exceptional police officer, no doubt in my mind," Lawrence said. "I've been following his career, you know, short as it was, and he's done some real positive things in the department in the five years.

"I would just like people to know that he was more than just a police officer. I know sometimes that kind of gets lost in the conversation, but he was even better person.

"He was universally loved by people who met him. You could not be around Loren five minutes and not really enjoy being in his company. He was a non-threatening kind of guy."

FOX 2 heard the same sentiments from people that we've spoken to that used to work with Officer Courts at Costco back in the early 2000s, who said the same thing. They said he had a smile that made people gravitate to him.

Earlier today, Retired Detroit Police Assistant Chief Steve Dolunt and retired officer Cornelius Porter who both worked with Officer Lawrence Courts spoke about the need to rally around the family.

"You put on the uniform, you're not a robot," Dolunt said. "He wasn't just a cop, he was a son, a father, and a husband. And he had two kids and a large family and friends. It's hard. It's devastating for the Courts family. There's a lot of emotions from anger to hurt because you wonder, why are they putting their lives on the line, every day and it appears that so many people don't like them.

"But there's more people that do like them, and that's why you keep going."

"We come together," Porter said in terms of dealing with a DPD loss. "We call each other or we'll come by and see how everybody is doing - or go to the funeral."

Lawrence Courts said he has been appreciative of the support that he's gotten from his kids, his relatives and people who have been stopping by all day whether it's neighbors, whether it's former coworkers, just people supporting him.

Dolunt spoke about the process moving forward, saying officers are assigned to help the Courts family with needs, then a church is selected for the funeral large enough for everyone to attend the service. Then the group Michigan Concerns for Police Survivors assists with funeral details.

GoFundMe: There is a donation page set up for the family HERE.

The funeral will include members of the police community outside DPD, from the state, region and across the country in attendance, lending their support. 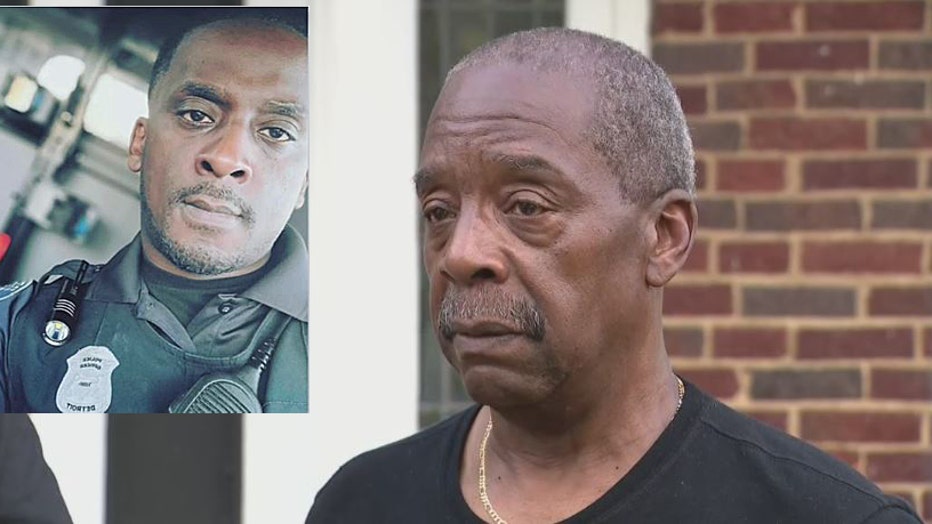