How a woman's Apple Watch helped save her life

FRIDAY NEWS HIT - Amy Satterfield was relaxing at home six months ago when her Apple Watch showed that her heart rate was high.

The 47-year-old owns Explore Yoga in Troy, is a yoga therapist, works out every day, and eats healthy, yet her watch said her resting heart rate was 126. A normal heart should be between 60-100 beats per minute.

Her husband is a first responder and was concerned, so they went to the hospital.

It turned out that a heart condition she'd had all her life with no problems, mitral valve prolapse, had suddenly become a big problem.

"Pretty quickly they admitted me, and as it turned out I was having heart failure," Satterfield said. "I thought I was overreacting, or my husband was overreacting. I guess I was under-reacting." 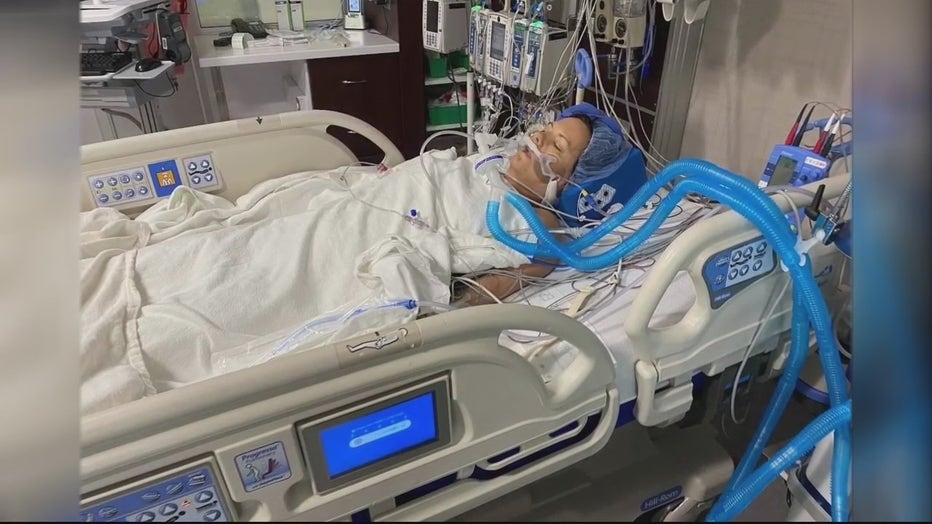 She ended up needing open-heart surgery to have her heart valve repaired.

Dr. Monica Jiddou-Patros, an interventional cardiologist at Beaumont, said Apple Watches and other devices that monitor heart rates and health habits can not only help us get up, get moving, and get the exercise we need - but also notify us when something might be amiss.

"I think it does help kind of take control of your health and give you some insight and can obviously add a little anxiety if things change and we don't know why, but that's where  your doctors come into play and help figure that out," she said. "Sometimes when the heart rate is really fast it could be indicative of an arrhythmia. Sometimes people with heart failure may have a higher heart rate because the heart's trying to compensate for the function."

Ford Motor Co. announced Friday that Google is joining the automaker’s effort to transform a once-dilapidated Detroit train station into a research hub focused on electric and self-driving vehicles.

Also, Detroit and the state of Michigan have agreed to provide infrastructure and other support for the Michigan Central Innovation District that will include the defunct train depot and other nearby buildings in the historic Corktown neighborhood just outside downtown, Ford said.

Ford announced plans for the Michigan Central Innovation District in 2018, shortly after it bought the 500,000-square-foot (46,450-square-meter) train depot. Renovations at the more than century-old Michigan Central Station could be completed by next year, Ford Motor Co. Fund President Mary Culler told The Associated Press. Ford plans to research, test and launch new mobility solutions there.

The Michigan Central Innovation District is adding another partner to the massive undertaking going on at the train station, where Ford is planning to further prioritize mobility and electric vehicles. Google will be building a lab in the station, which will help train people to use the new technology being developed.

The state will provide more than $126 million worth of programming and resources, including infrastructure. The Dearborn, Michigan-based automaker said Duggan’s office is working to designate a Transportation Innovation Zone in the district, with the goal of making it easier for small businesses and entrepreneurs to safely start and test projects.

Kyle Thil was just about to head inside Busch's in Brighton to start his shift Tuesday morning when he heard shots. A purse thief shot a woman in the face with a BB gun as she tried to fend off the suspect in the parking lot of the grocery store. Thil, 20, said he could tell the shots came from a BB gun, but at the time didn't know the woman had been shot in the face.

"She was parked, I think over that way, but she tussled right here," Thil said, pointing out where the crime happened. "And then a few shots went off." When the thief took off running, Thil, who wasn't scheduled to work that day but volunteered to help ahead of the snowstorm that was coming, chased after him.

The suspect shot Thil in the face during the pursuit, but that didn't stop him. "That’s from the shot I believe, it literally hit me square in the chin," he said. "It was just pure adrenaline pumping through me. I didn’t even know I was shot. I thought he missed."

Thil tackled the purse thief. "He just bashed me several times and I had to get six staples – three in two different spots," Thil said. Several people helped him hold the suspect down until police arrived. "After he said, ‘I surrender,’ he proceeds to say, ‘I can’t get a job anywhere, no one will hire me,’" Thil said. "When he said that I instantly thought, ‘Come apply at my job,’ but I know we won’t hire him anytime soon."

In a 4-3 order, the court said the lawsuit did not demonstrate the plans are noncompliant with the federal Voting Rights Act. Majority justices noted the panel’s expert found significant white crossover voting for Black-preferred candidates in the Detroit and Saginaw areas, giving African African voters an opportunity to elect their representatives of choice even if they do not account for more than half of the voting-age population.

African American officials and residents, including Democratic current and former legislators in Detroit, had sued over the work of the 13-member commission that was created by voters to take mapmaking out of the hands of politicians. An attorney for the panel had urged the court to reject the challenge, saying the minority community will have greater influence in more districts under the new maps.

When a Brownstown Township police officer stopped to help a driver with a blown tire last month, the first thing he noticed was the man's behavior. It appeared suspicious. "I could tell he was nervous. He was trying to get someone to pick him up quick," said Officer Kyle Tolliver.

After he got the man's consent to search his vehicle, he asked him to wait in his car since the temperatures were cold that day. But when he looked in the trunk, he found a clue as to why the driver was so nervous. A receipt with JC Penny sticking out. The man told Tolliver he didn't know where it came from. "That’s when I realized this isn’t just a motor assist, this is something more."

About $75,000 more, in fact. Jewelry worth tens of thousands of dollars had been stolen and were now sitting in the man's trunk. Police said the driver was on his way back from a heist in Taylor when his tire blew. He snipped the locks off a UPS truck docked at Southland Mall and stole jewelry JC Penney and Macy's had sent out for repair.

Jewelry thief busted by cop who stopped to help him

A Michigan police officer stopped to help a driver with a blown tired. It just so happened that the man was headed home from a jewelry heist and had a vehicle full of stolen items.

The Brownstown Township Police Detective Bureau took over the case to get the jewelry returned to its owners, including an engagement ring for a wedding coming up this weekend.

Metro Detroit's wind chill continues to send temperatures down. On Friday, conditions will feel like they're below zero as conditions look unlikely to get higher than 20 degrees this afternoon. The weekend doesn't look to be very eventful, except for cold temperatures,

Rich Luterman has the full forecast.

Amazon announced Thursday that it would be boosting the price of its Prime membership for U.S. customers, citing rising costs as the reason behind the decision.

In a letter to investors outlining its fourth quarter earnings, the company stated that increased wage and transportation costs along with its expansion of membership benefits has led the online retail giant to increase its Prime fees for the first time since 2018.

Monthly Prime memberships will go from $12.99 to $14.99, and annual memberships will be hiked to $139 from the current $119. The price change will go into effect for new members starting Feb. 18, and existing members will see their fees go up on the date of their next renewal after March 25.

For the quarter ending Dec. 31, Amazon blew earnings per share projections out of the water. Wall Street had expected EPS of $3.44, but the retailer delivered a staggering $27.75. Investors appeared to like the results, as the company's stock shot up more than 18% in after-hours trading following the report.