Suspect arrested at Westland church after shooting at police

A man wanted for walking through multiple gas stations with a gun was holed up inside a Westland church for a brief time on Friday and even shot at police before he was eventually taken into custody.

According to a release from Westland Police, they were called to assist Detroit Police who were investigating an armed robbery in the city. When Detroit Police arrived to arrest him, police said he shot several rounds at the officer.

Police fired back, and the incident was being handled as a barricaded situation. He eventually turned himself in and was taken in for treatment for minor injuries. It is unclear how he was injured.

Around 9 a.m., police said an armed man at a gas station was reported. The same man was spotted at another location and police were trying to track him down throughout the day before he wound up at the church.

The gunman shot through a window at police with a bullet ricocheting off a car, narrowly missing an officer. Police returned fire and were ultimately able to take him into custody.

The church is across the street from Adams Middle School, which was put on lockdown for a brief time. A school spokesperson said the lockdown was requested by police as a precaution but was lifted, and all students have been released on the usual school schedule. 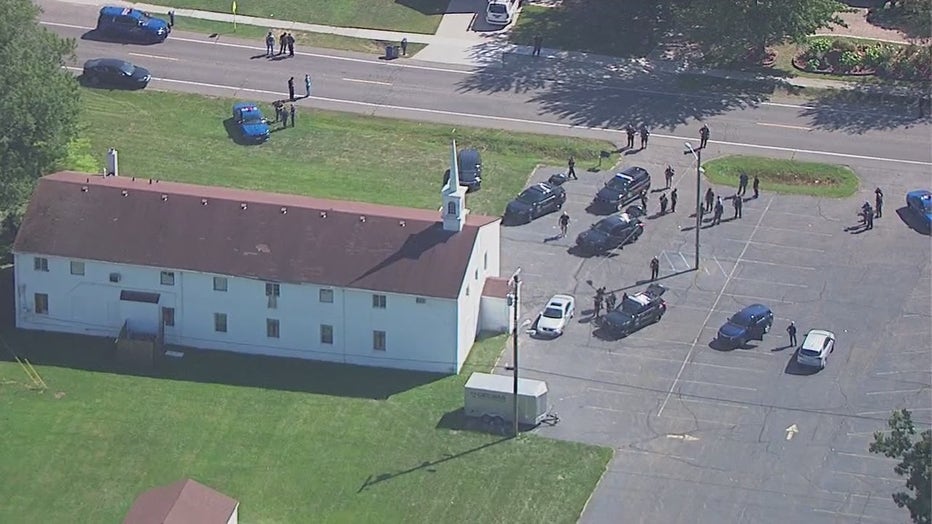