GROSSE POINTE SHORES, Mich. (FOX 2) - A prominent attorney is accused of violating an ordinance in his community with a Black Lives Matter sign.

An attorney is questioning his village's ordinance after being cited for having a Black Lives Matter sign in his front yard.

They cited Perkins and gave him notice to remove the sign, saying it violates a village ordinance: There can be no political signs exceeding seven square feet.

It's a similar-sounding saga to one FOX 2 covered this summer in a Macomb Township subdivision, where neighbors were told to also get rid of their Black Lives Matter signs. Their bylaws only allowed for sale signs.

But in Grosse Pointe Shores, several kinds of signs are allowed. The question, though, is one affirming the inherent value of Black life political? 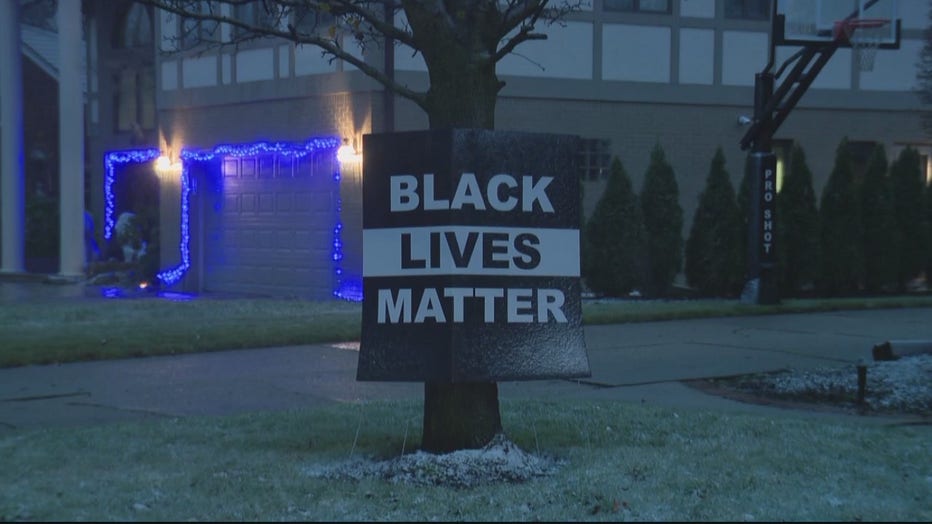 "This is a statement. It’s an expression of free speech. It’s protected, just like what you do is protected by our constitution."

Black lives matter. Those three words have become fighting words to some, but for those who coined the phrase and others, like Perkins, it’s a simple truth that they say has yet to be fully accepted.

"The point is Black lives matter because other people think that they don’t," Perkins said.

FOX 2 reached out to both the mayor and police department for comment. The director says he's looking into everything about the situation and wouldn't comment further. The mayor has yet to respond.