Attorney Ven Johnson says not only must we take care of our children, we must keep a close eye on what they’re doing.

FOX 2 - Disturbing new details leading up to the Oxford High School shooting from November 30th. The accused gunman's journal is shedding light on his thoughts, before he allegedly opened fire on his classmates, killing four.

"I hope my parents can forgive for what I do," says one entry in Ethan Crumbley's journal. "It's either this, or a sad life and me becoming a serial killer."

Investigators say Ethan Crumbley wrote those words in his journal. One page of the journal, obtained by FOX 2, shows a thought-out, detailed plan.

There was a list of what he needed to carry out the plan, and the things the suspect intended to do:

"Shoot a girl in the head ... I will tell some close friends to not come to the school the day of the shooting."

"So this is clearly a pre-meditated highly organized plan which therefore will obviously just obliterate any type of insanity plea," Johnson said.

The longtime attorney says the statements in the journal entry are some of the most disturbing things he’s ever seen.

"This is beyond a cry for help, this kid has been crying for help for a while," he said.

Ethan Crumbley allegedly shot and killed four of his fellow classmates Nov. 30 with a gun his parents allegedly bought for him just days earlier, a 9 mm Sig Sauer.

In his journal entry he also talks about Molotov cocktails and says he has knowledge of them, but at no time have police said that the suspect actually used them during the shooting.

In the journal, he contemplates the future … writing, "I wonder how many people I will kill. I wonder what life in prison will be like."

Crumbley's parents are also charged in the school shooting. Not only did they allegedly buy the gun for their son, but investigators also say they ignored his repeated pleas for help.

"That kid needed help and this is what happens when we abandon our kids who we know need our help," Johnson said.

Johnson says not only must we take care of our children, we must keep a close eye on what they’re doing.

"If you’re not doing that out there, ladies and gentleman, you better be," he said. "Because we all need to take care of our own. A parent's obligation is to know what’s up with that kid." 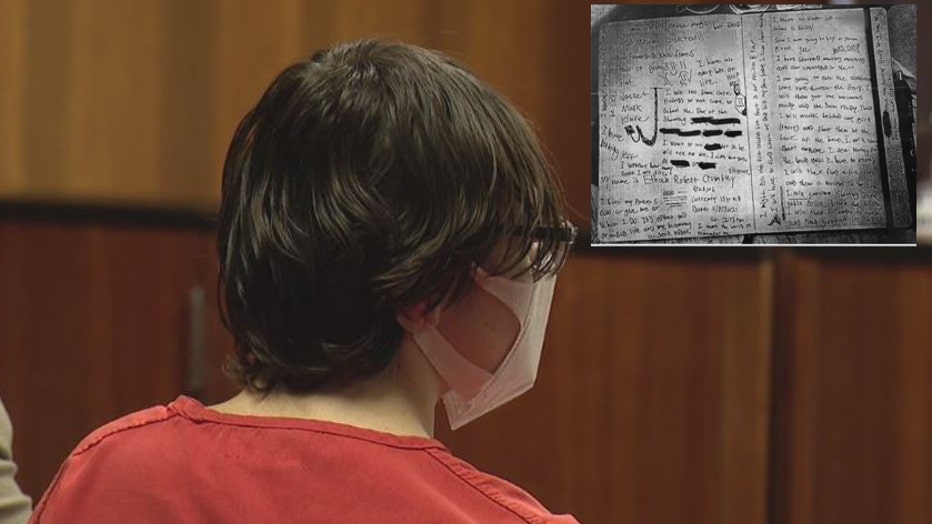