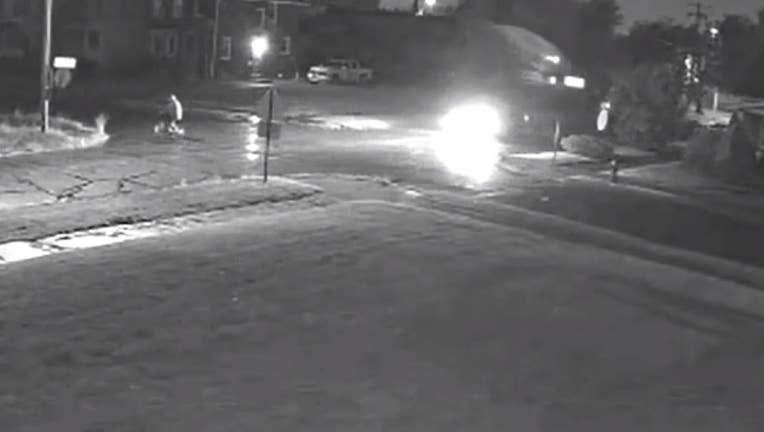 Police are searching for the man on the bike, accused of shooting a man early Sunday morning.

DETROIT (FOX 2) - Detroit police are searching for a suspect who shot a man over the weekend while riding on a bike.

The victim, a 51-year-old male, is still recovering from his injuries but is expected to survive the attack. It happened around 1:25 a.m. on Sunday, June 26.

According to police who released a video of the suspect, he was riding a bicycle in central Detroit in the area of Kendall and 14th Street when he fired off the shots.

The victim fled the scene before being taken to a local hospital for treatment.

Police are asking for help identifying the man. If anyone knows anything, they're asked to call the Detroit Police Department's 10th Precinct at (313) 596-1040. They can also call Crimestoppers at 1-800-Speak UP.