A luxury dream car was stolen from a Southfield car rental facility and it was captured on surveillance cameras. But it didn't take long to catch up to the thief.

SOUTHFIELD, Mich. (FOX 2) - Sam Zahr admits he had trouble sleeping this week after a brand new $200,000 Bentley was stolen from the parking lot of his business, Dream Luxury Car.

Sam said on Monday, someone walked up and said he wanted to buy the car. It wasn't for sale and Sam turned him away. But the man came back.

"He sneaked in and stole the key from inside," said Sam.

The next day, the thief came back with the key and stole the car from the parking lot of Sam's business. He leases the car to people who just want a chance to drive a dream car and what happened to him was more than a theft.

"It's the car, probably, but also how it happened. I felt very violated for someone to come and do this type of stuff in your own business," he said.

After the theft, Sam went to the Southfield Police and social media. The details went out on the city's new Ring App notification but Sam had a lead that the luxury car was at a Southfield apartment complex.

So he drove over, with his phone rolling, with plans to bust the guy.

He also called Southfield Police, who cornered the guy. The suspect runs but police catch him.

In his pocket, they said, was the key to the Bentley.

Sam said he had just purchased the car 10 days ago and had not yet set up the luxury vehicle's sophisticated camera surveillance system hooked up yet..

With the car back in hand, Sam is happy to see there's no damage, aside from the smell.

"Besides smelling weed, everything is good," said Sam.

There are a few valuable lessons here: first, don't leave the keys out, don't park the car near the street if you DO lose the keys, and it's hard to hide a stolen Bentley. 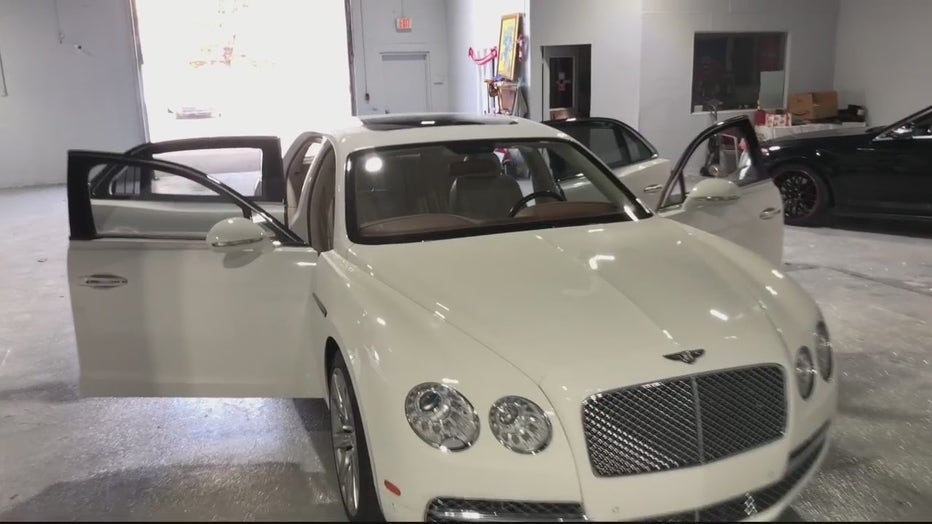 A $200,000 Bentley was stolen from a Southfield car rental shop. But it was recovered just a day later.