A violent altercation spilled into the streets in downtown Detroit, caught on video.

DETROIT (FOX 2) - A confrontation inside a Shake Shack restaurant in downtown Detroit which turned into a brawl, spilling out into the parking lot with 10 or 12 girls swinging, caught on video.

"I was actually on my way to Shake Shack, my cousin is here from Las Vegas, said witness Jason Taylor.

Dinner and a show Monday apparently started inside Shake Shack and they took it outside.

"I'm looking and I see the green burger (logo) on their shirts and I said they're the Shake Shack girls," Taylor said. "I told my cousin no Shake Shack today, buddy." 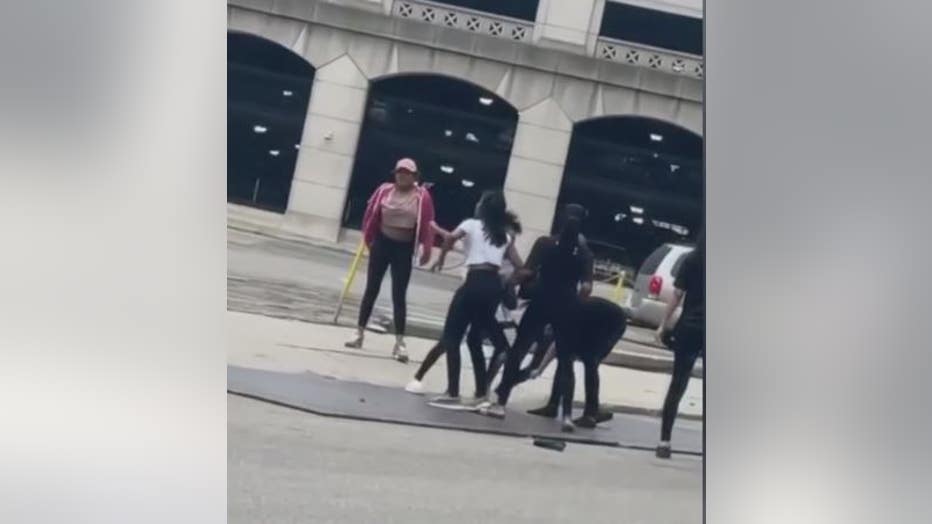 Shake Shack said in a statement to FOX 2 they are "disturbed by what happened and are launching an investigation" and that could mean disciplinary action, adding "safety for customers and staff is number 1."

"A girl flew over the chain with a juice bottle and was hitting the girl in the head with it," Taylor said, adding that the fight fizzled out after a few minutes."I didn't try to break up anything because it's Detroit, anything can happen."

Detroit Police said there was no police report filed, which means no charges for these ladies. 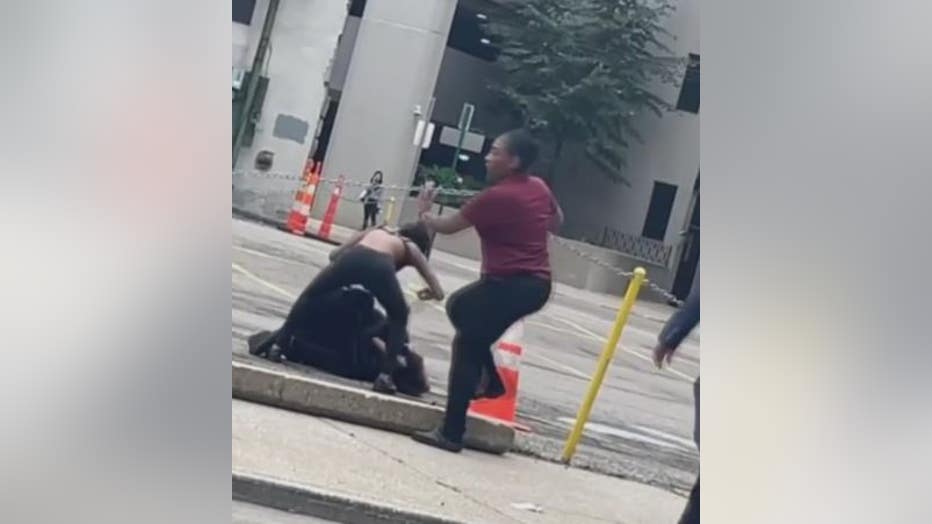