The National Transportation Safety Board is recommending that all new vehicles have technology installed that would detect if a person is intoxicated and prevent them from driving.

DETROIT (FOX 2) - The National Transportation Safety Board wants technology added to vehicles that would detect if a person is intoxicated before they drive.

Last year, a drunken driver hit a vehicle head-on in Fresno, Calif., killing both drivers and seven children. That crash is fueling the push for breathalyzers in all new vehicles.

That crash hits close to home for Rana Abbas Taylor, whose sister, brother-in-law, nieces, and nephew were killed by a drunken driver while driving home to Michigan on I-75 in Kentucky three years ago. Taylor has fought for alcohol monitoring equipment since the crash.

"Whether it is someone’s family member who is lost or someone’s friend or someone’s acquaintance, it changes you, and it alters you forever, and that’s why this matters," she said. 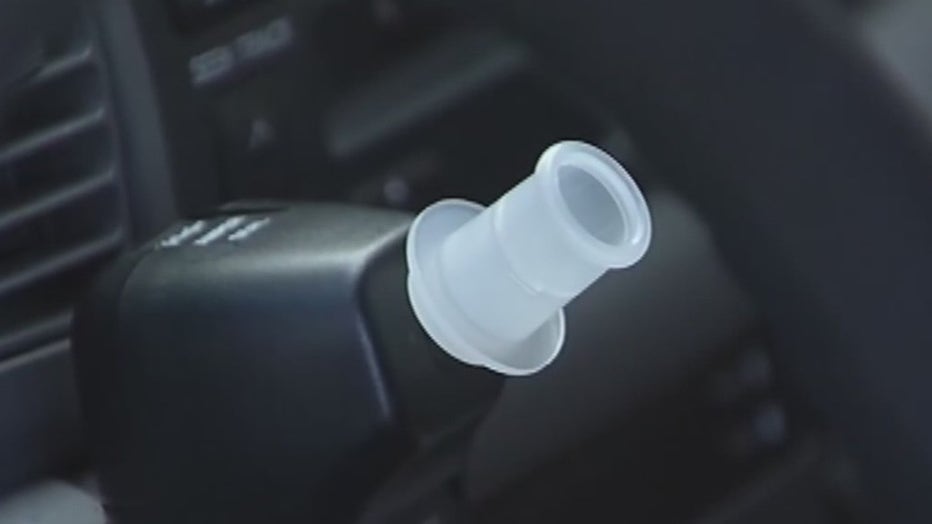 She said the new recommendation makes her hopeful.

Last year, President Joe Biden signed a bill that requires Passive Alcohol Detection Systems to be installed in all new vehicles by 2026. These systems detect driving behaviors that may signal that someone is impaired.

That bill was in honor of the Abbas family.

A bill signed by President Joe Biden would require drunken driving detection devices in all new vehicles by 2026. The bill is in honor of a Michigan family killed by a drunken driver in Kentucky.

The most recent numbers from the National Highway Traffic Safety Administration show that more than 11,600 people died in alcohol-related crashes in 2020. That is 14% higher than 2019, and accounts for nearly a third of all United States traffic crashes.

Companies working on alcohol monitoring equipment say breath technology could be available in cars by late 2024.

Visitors at the Detroit Auto Show shared what they think about adding this to vehicles. Here's what they said:

"I think it could save a lot of lives, and I think it’s the future," said Mark Rosenberg, of West Bloomfield.

"I could definitely see it for people that have been arrested for drunk driving and making that a requirement for their car," said Jay Nugent, of Ypsilanti.

"I think it’s a good idea. You shouldn’t be driving intoxicated in the first place. So I don’t see anything wrong with having a monitor in the car," said John Yarrish, of Novi.

"I think it’s a little extra, but I’m sure people said that about seatbelts as well. So those have been very helpful and reduced fatal injuries as well in car crashes," said Katie Hardy, of Hamtramck.

"I think anything that saves lives and keeps drunk drivers off the street is a good idea. Just let us know how much it’s going to be and who’s going to pay for it," said Alechia Fludd, of Detroit.

"I just want to make sure it’s fair across the board. That it’s not just for low-class cars but cars that cost money as well because even though the cars may be more expensive that doesn’t mean no less, a person is drinking and driving," said Dean Thomas, of Roseville.