Missing since October, the body of the 18-year-old from Rochester Hills was discovered by police about a mile from where he was last seen.

EAST LANSING, Mich. (FOX 2) - The Michigan State University Police Department announced on Friday that a body has been pulled from the Red Cedar River and is believed to be that of missing Rochester Hills teen Brendan Santo.

In a press release from MSU Police and Public Safety, officials said they recovered a body from the river about a mile-and-a-half from where Brendon was last seen. The body is believed to be the 18-year-old but identification is still pending.

Santo was last seen leaving a dorm at Michigan State University on Oct. 29 and an exhaustive search throughout East Lansing and the surrounding area took place for months, with a reward hitting $30,000 for information about where he may be. 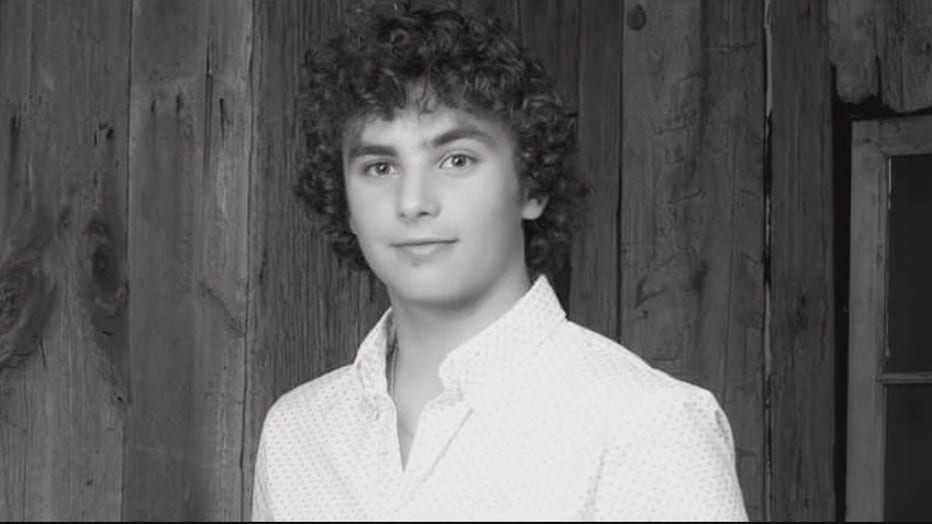 Brendan Santo, 18, was last seen near Michigan State University on Oct. 29, 2021. Police said a body found in the Red Cedar River is believed to be the missing Rochester Hills teenager.

According to a statement from police, the Santo family has been informed of the developments and are being updated with information s they learn it.

MSU police said they did not believe he intended to harm himself or that foul play was involved.

What happened to Brendon Santo?

The 18-year-old drove to East Lansing from Grand Valley University for the Michigan vs. Michigan State football game that weekend.

"He was at Yakeley Hall heading towards I think they call it the Brody area, going to Rather Hall, walking by himself," his father Brad Santo said.

The Rochester Hills teen has been missing since October after visiting the Michigan State campus.

His parents said he seemed to be in good spirits the night he disappeared, and his last texts were to his friends telling them he was on his way.

"He shared his location with one of the friends, so that all seemed normal. You know, that's our challenge, you know. They've communicated that with police. They're like, ‘Yeah, he was texting us normal,' and his phone just went out," Brad Santo said.

The search for Brendan Santo

After the teenager stopped responding to his parents, the mystery of what happened to him grew over the course of the next three months.

Thousands of dollars were raised in support of a reward for information leading to his location.

Police initially believed Santo hadn't gone too far since his vehicle was found in the same place he first left it. His last known location was outside of Yakeley Hall on Oct. 29. Police believe the Red Cedar River, which meanders through campus, would offer proof about what happened to the teen.

Search efforts expanded to include a heavy following on social media, billboards in and around East Lansing, and hundreds of flyers posted around the area.

Adding to the struggles of searching for Santo is the information that some of the security cameras at Yakeley Hall were not working at the time Santo went missing.

A GoFundMe was created for Santo's family.

PREVIOUS story on the search for Brendan Santo:

It has been seven weeks since Brendan Santo disappeared after leaving a dorm at Michigan State University.