Thanks to a redistricting wrinkle, Haley Stevens and Andy Levin are going head to head in Tuesday's Primary on Aug. 2.

FOX 2 - The campaign trail is heating up with the Aug. 2 Primary on the horizon next week. One of the closest races in Michigan is expected to be between sitting Democrat U.S. representatives Andy Levin and Haley Stevens in the newly drawn 11th district in Oakland County.

"I’ve been telling everybody save August 2nd like it’s your cousin's wedding," Stevens quipped.

Rallies were held for both candidates Friday night urging people to get out and vote.

Stevens running for re-election in the 11th District said with the recent overturning of Roe v. Wade and giving power back to the states to decide, she vows to make women’s reproductive rights her top priority if she’s re-elected.

"I have certainly seen it as a wake-up call," she said. "And I believe it is going to be a motivator heading into the Tuesday election and certainly November's election."

With the re-drawing of district lines she is running against her former colleague in Levin. He was elected in 2018 to serve the people of the 9th District.

"Let’s win with people power, you’ve got four days to talk to every neighbor, every co-worker, every cousin," he said.

Primary primer: Michigan election guide - what's on your ballot and what you're voting for in the Aug. 2 Primary

Levin and Rashida Tlaib, the U.S. representative running for re-election in the 12th District, got a big endorsement from former presidential candidate — and current Vermont US Senator Bernie Sanders.

"I am delighted to be here with you to tell you that it is absolutely imperative to do everything we can in the next several days to re-elect Andy Levin and Rashida Tlaib," Sanders said.

"I’m here because of all of you believing in the possibility of someone like me serving in the United States Congress," Tlaib said. "I'm never going to sell you out, never." 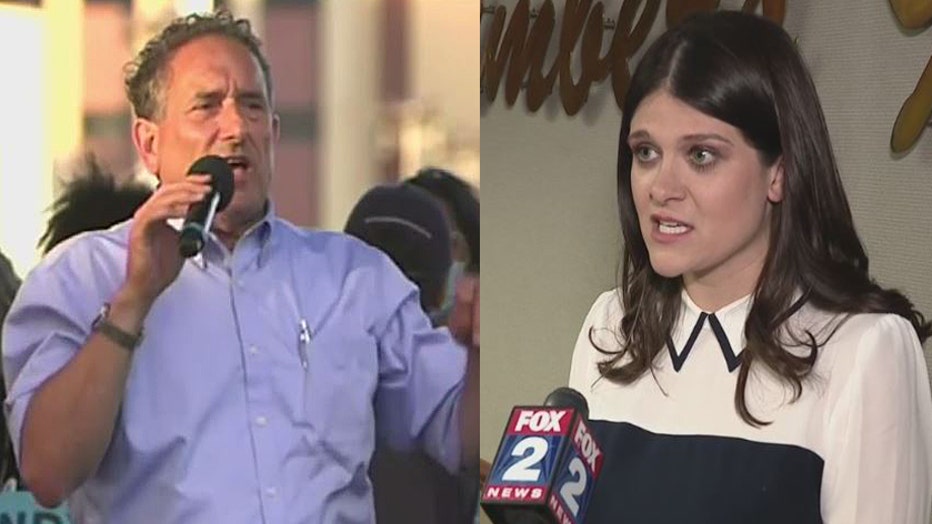