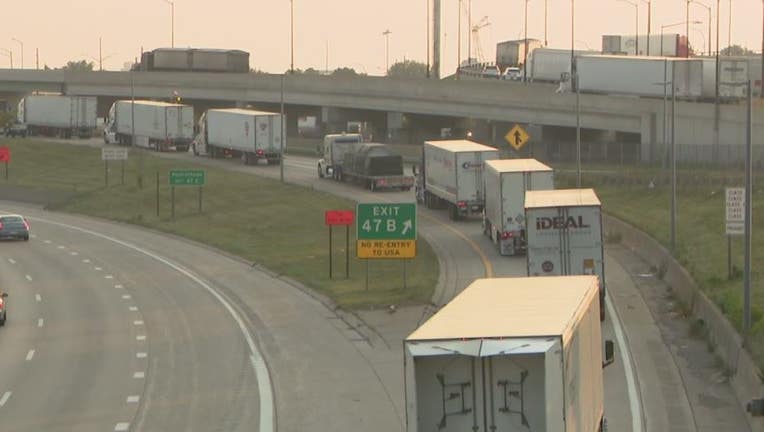 DETROIT (FOX 2) - A Canadian man who attempted to enter the U.S. illegally through the country's train tunnel it shares with the U.S. in Detroit was apprehended by border authorities last weekend.

U.S. Border Patrol agents assigned to the Detroit station spotted an individual riding on an inbound freight train from Windsor on Sunday.

Once they spotted the individual, they contacted company that operates the freight to stop.

After the Canadian Pacific Railway train came to a stop, agents found and arrested a 33-year-old individual for attempting to illegally enter the U.S.

Police later determined the individual had an active criminal warrant out of Ontario for possession of a weapon dangerous to the public.

"It is extremely dangerous to enter the United States illegally, particularly through the train tunnel," said Chief Patrol Agent Robert Danley. "Our outstanding relationships with our foreign law enforcement and CP partners were key in bringing this situation to a safe and effective law enforcement resolution. I am very proud of how the men and women of the Detroit Sector remain vigilant and focused on border security on two fronts, both on the northern and southern borders."