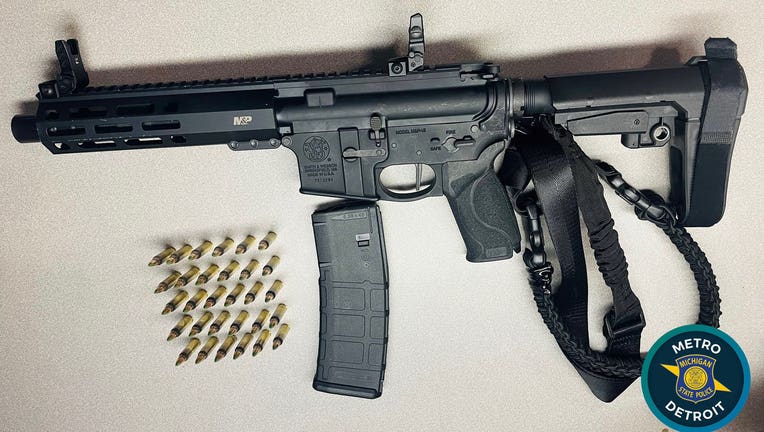 INKSTER, Mich. (FOX 2) - Michigan State Police arrested a 19-year-old man after a traffic stop in Inkster led to the discovery of a military and police rifle on his lap.

During the stop, police noticed the occupant in the passenger seat behind the driver had a short barrel Smith & Wesson M&P 15 rifle on his lap.

Police say the man, a resident of Canton, did not have a concealed Pistol license since they were ineligible.

The individual was arrested and lodged at the Inkster Police Department.

MORE: Detroit police locate more than a ton of weed in tractor-trailer

A review will be sent to the prosecutor's office.

The stop happened around 9 p.m.