DETROIT (FOX 2) - The Detroit Police Officer who was facing a decade in prison for shooting three news photographers with rubber bullets during a protest in May 2020 has had the charges against him dismissed during a court hearing on Tuesday.

Daniel DeBono had been charged with three felony charges against each victim he allegedly shot with rubber bullets during a protest in Detroit. During a court hearing on Tuesday, charges were dismissed without prejudice.

Prosecutor Kym Worthy said in the summer of 2020 that the shooting was unprovoked and criminal.

Three photographers: Nicole Hester from MLive, and two freelancers, Seth Herald and Matthew Hatcher allegedly identified themselves to police as members of the media and crossed Woodward and State Street. An MLive photo showed the injury to Hester’s eye. Herald and Hatcher also reported injuries to their body from the rubber bullets.

The reason for the dismissal of the charges was not released. 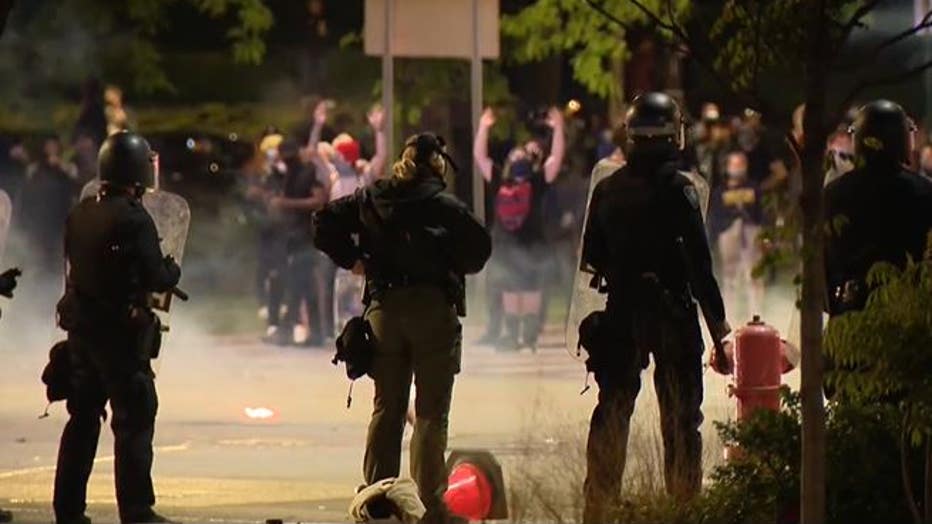 Detroit Police respond to protesters in the summer of 2020.