Volunteer talks about being shot in Taylor auxiliary police accident

He's now recovering in the hospital -- and Michigan State Police are investigating why there was a live round in an auxiliary officer's weapon.

TRENTON, Mich. (FOX 2) - Ben Shotts volunteered as an actor to help train auxiliary officers in Taylor. He never would have imagined he would end up a gunshot victim.

He's now recovering in the hospital -- and Michigan State Police are investigating why there was a live round in an auxiliary officer's weapon.

"When he shot me the first thing I said to him was, ‘What the hell? Why did you not check your firearm?’ Because your number one responsibility as a responsible firearm carrier, is to know the condition of your weapon," said Ben Shotts.

Ben says because a Taylor auxiliary cadet did not, he paid the price with a round to his stomach.

"I’m in constant pain, the doctors tell me it doesn’t matter how much medicine they give me, I’m going to always have some pain," he said.

FOX 2 spoke with him as he recovers at Beaumont Hospital in Trenton.

He was working with the auxiliary police for a training session when he was shot at Heritage Park Sunday.

Ben says it happened during a lull in the action — it was after their last scenario in which he played the role of a bad guy and ambushed an officer.

"And the scenario was over, we were all kind of smiling and laughing because he learned, ‘Wow I almost got killed, we've got to get it together.’ and I turned around and I just heard boom." Ben said. "And I realized, ‘Oh my God: the cadet that was backing him up in this scenario, just shot me.’"

Ben says everyone on the training op had either a fake firearm or a real firearm that they were responsible for clearing it before they got started, meaning you removed the magazine which holds the bullets, and you check the chamber to make sure there’s no bullet inside of it.

"I don’t know why in the world this guy walked out without an orange gun, or at least a weapon that had been cleared because that is the rule," he said. "I don’t think they were necessarily intentionally trying to hurt me, I think it was just an incredible case of negligence."

Ben says the cadet was detained and questioned. Michigan State Police is handling the investigation. 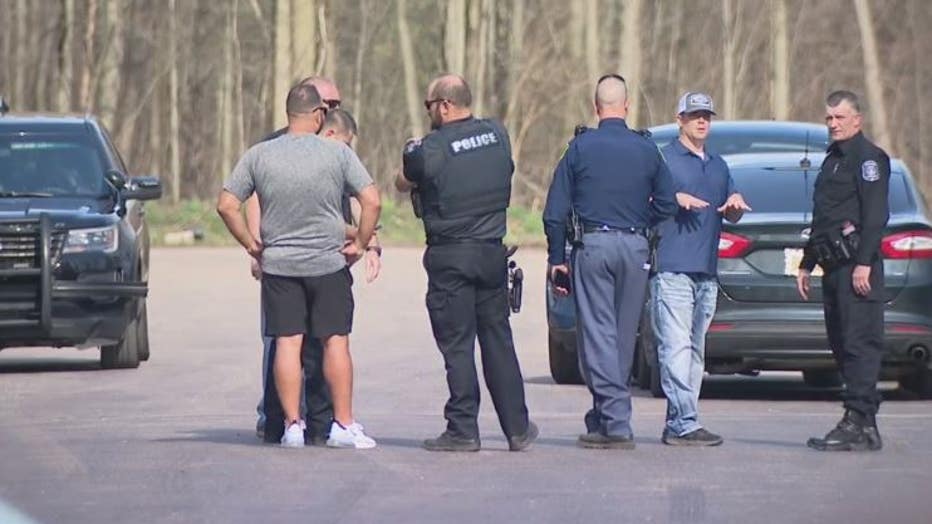 The city of Taylor temporarily suspended the entire auxiliary program pending the outcome of the investigation and this year’s class of cadets will have their graduation ceremony, which was scheduled for Saturday, postponed.

"Our hearts and prayers are with the victim of the shooting and his family. As a result of the incident, an investigation is currently underway by Michigan State Police. Once that investigation ends, the city will evaluate the findings and implement corrective measures.

"It goes without saying that my administration, Taylor police, and the auxiliary are taking this incident extremely seriously."

As for Ben, he’s simply grateful to be alive and is adamant the gun is not to blame, the man who was handling it, was.

Ben says he’s getting great care from his doctors and nurses. He works as a handyman and musician but he’ll be out of commission for a while as he recovers. There is GoFundMe campaign for those who want to help him get back on his feet.

If you would like to donate to help Ben and his family GO HERE.

The 4 Life-Rules of Responsible Gun Handling are:

2.       I will not point my firearm at anything I am not willing to destroy.

3.       I will keep my finger off the trigger and outside the trigger guard until I am ready to fire. 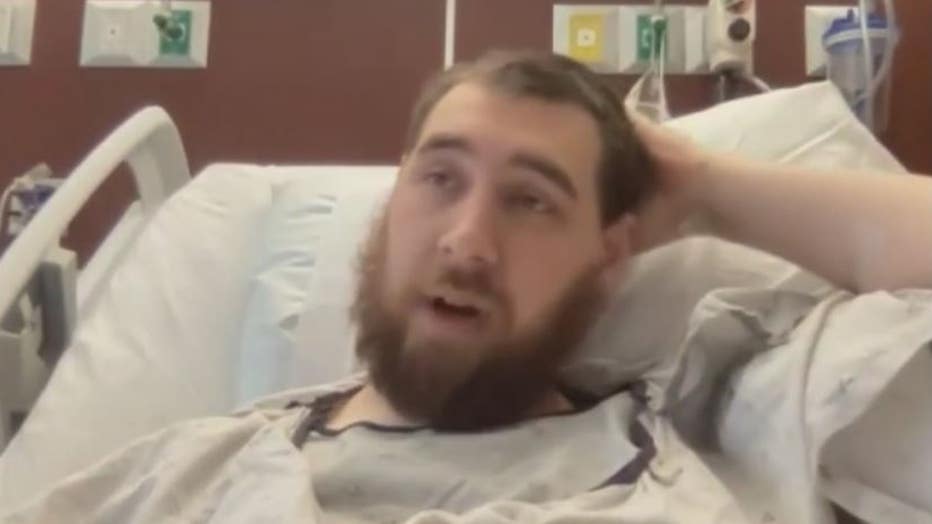