TAYLOR, Mich. (FOX 2) - An unusual scene unfolded at a park in Taylor during an auxiliary police training exercise when an accidental firing from a weapon injured a volunteer role-player.

Auxiliary officers being trained in Heritage Park were conducting a vehicle take-down exercise when one of the individuals involved fired their service weapon, striking a civilian role player in the stomach.

The individual was taken to Trenton South Shore Hospital and is listed in stable condition. He is expected to recover.

"A live weapon was somehow brought into a training scenario," said 1st Lt. Mike Shaw, Michigan State Police. "There was a live weapon that was introduced in the training exercise striking the role player in the abdomen. "It looks like everything is according to plan, so far is that he’s going to be fine. Fortunate that no one was killed during an incident like that."

The role player, a civilian, is actually a relative of one of the auxiliary officers, out there.

Taylor police declined to offer any details and Michigan State Police, who are investigating the shooting, placed some details on social media late Sunday night.

The incident occurred around 5 p.m.

MSP said that an auxiliary officer's service weapon was discharged and struck a civilian role player in the stomach.

Auxiliary officers are not sworn-in police units, but rather serve as a resource to back-up police during some situations.

Some do carry firearms and some don't. The decision to arm auxiliary police is made by the department.

Taylor’s Auxiliary Program has been around since the 1960s and right now, according to its website – they have 35 officers who train twice a week.

According to their recruitment material – auxiliary officers assist Taylor Police on things like road patrol and special events. They’re required to have a CPL and pass a background check.

They - have to patrol at least 20 hours a month. 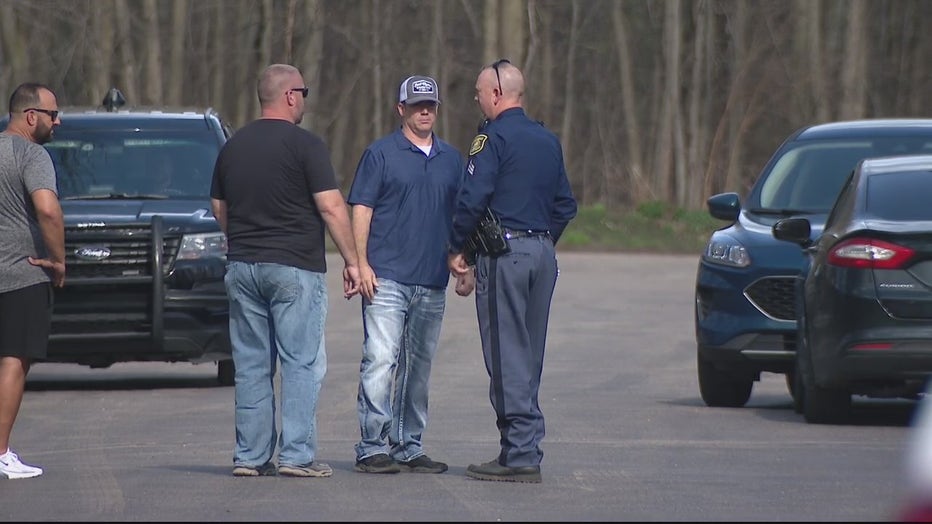 Police were at the park for several hours after arriving. They could be seen talking to several people as part of their investigation.

Police were at the park for several hours after arriving. They could be seen talking to several people as part of their investigation.