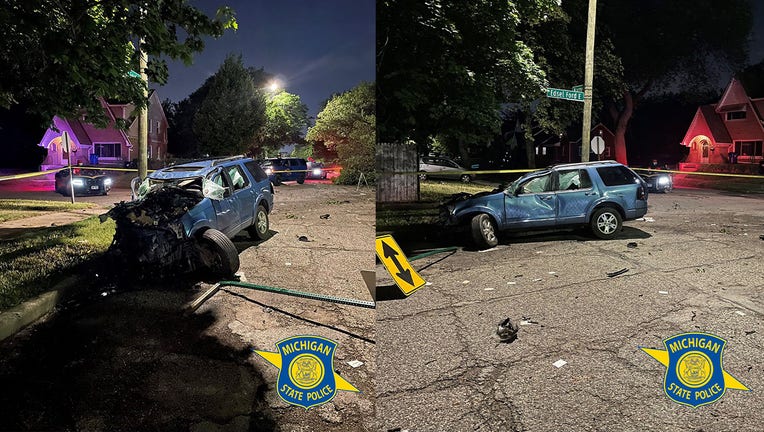 DETROIT - One person is dead after a passenger car lost control on I-94 and hit a tree after diverging up an embankment Sunday night.

Around 12:45 a.m., the driver of a blue SUV was traveling at a high rate of speed in Detroit when he lost control.

Michigan State Police said a preliminary investigation put the incident at I-94 and Barrett Avenue.

The driver was speeding when they drove up the freeway embankment before crashing on a residential street, totaling the vehicle.

The driver was subsequently ejected during the crash and died.

Police identified the person as a 32-year-old from Clinton Township.

Photos released by police showed the windshield was broken out and extensive front damage to the front of the vehicle.

It's unclear if drugs or alcohol were a factor in the crash.