Twenty-year-old Dajuan Davenport of Warren and 19-year-old Darrel Banks of Mount Clemens are in the hospital. Tomorrow they are expected to make an appearance in a courtroom in connection to last Friday's fatal shooting and car chase.

"You could feel it in your chest, like it was deep and it was really close," said one resident.

Witnesses describe a chaotic scene Friday night at the Knottingham apartment complex in Clinton Township. Police say the relationship between the two suspects and the two victims was complicated, but would not elaborate.

"It was like rapid gunfire, I could tell it was multiple guns," said the witness. "One was definitely an automatic weapon."

Police said the suspects were waiting at the apartment complex for the women and fired close to 40 rounds.

"Like a faint scream. I could barely hear it over the guns," she said.

In the victim's car, a 1-year-old child somehow was unharmed. Some bullet holes near the apartment complex still visible Monday afternoon.

Those same witnesses say they heard the shots and then heard a dodge hellcat speed away.

State police caught sight of the suspects, on I-94. Dashcam video shows us how they were caught, crashing into a pole at Eight Mile and Gratiot. 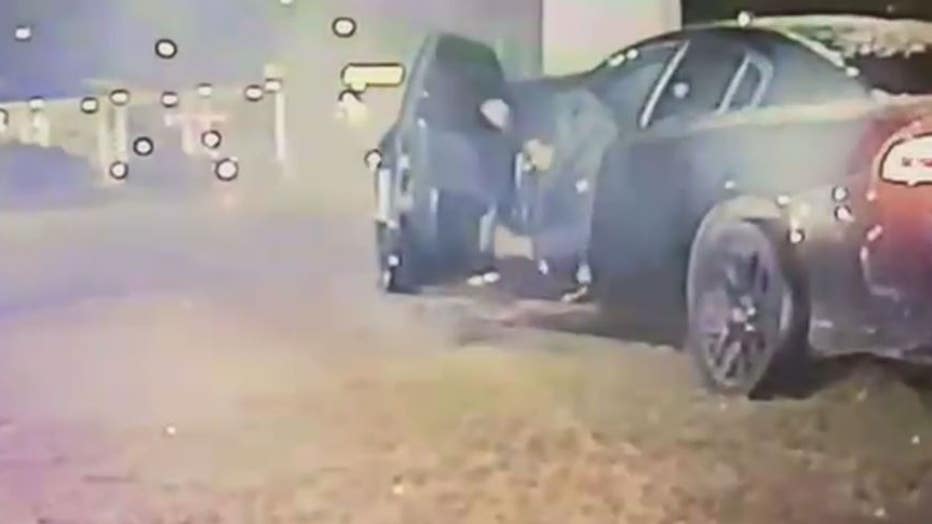 Banks and Davenport were then taken into police custody

Police also recovered two pistols and a long gun from the Dodge Hellcat, which was stolen.

The two suspects are expected to be arraigned on two counts of first-degree homicide. If convicted they could face life in prison.