President Joe Biden's trillion-dollar infrastructure plan finally passed with bipartisan support - but many worry its other part - the $1.7 trillion Build Back Better plan - focusing on social infrastructure and climate infrastructure - could be left behind.

DETROIT (FOX 2) - Climate and community activists gathered in Downtown Detroit side-by-side with Michigan's congresswomen - Debbie Dingell, Brenda Lawrence, and Rashida Tlaib - calling for the passage of "Build Back Better" to address a wide range of social and environmental issues.

"I've had eight floods in Dearborn since June," said Congresswoman Debbie Dingell (D-12th District). "We need to build that resiliency. It's real - from flooding to wildfires in California."

"We as a country need to lower the cost of prescription drugs, and we need to recognize that mental health is just as essential as physical health in America," said Congresswoman Brenda Lawrence (D-14th District).

President Joe Biden's trillion-dollar infrastructure plan finally passed with bipartisan support  - but many worry its other part - the $1.7 trillion Build Back Better plan - focusing on social infrastructure and climate infrastructure - could be left behind.

"We must Build Back Better the right way - and the right way is to include paid leave," said community activist Roshaun Harris Detroit Action.

"We need affordable prescription drugs," said activist Michelle Martinez, Michigan Environmental Justice Coalition. "We need childcare support - we need to be able to trust that the EPA has the resources to be able to protect our environment so we can breathe clean air."

"We only have ten years to really address the climate crisis," said Juan Jhong Chung of the Michigan Environmental Justice Coalition. "So we need the government to start investing in our future."

Dingell says she is confident Build Back Better will pass next week.

"It's come down in how much it's going to cost - it's all paid for - this country needs it, and I believe it will pass next week," she said.

But what happens with the legislation when it gets to the US Senate is uncertain. Democrats need everyone on board and senators Joe Manchin and Kyrsten Sinema have been resistant.

It's why Congresswoman Rashida Tlaib voted against the infrastructure bill - saying both bills needed to be passed together.

"If we give them what they want, without giving the American people what they need and want, then we're in jeopardy of not being able to move it forward in the Senate," she said.

In response to Build Back Better the Michigan GOP said in part, "They should be working on a solution to address the historic inflation rates that have led to skyrocketing prices ultimately being passed on to Michiganders. Their priorities are clearly out of whack." 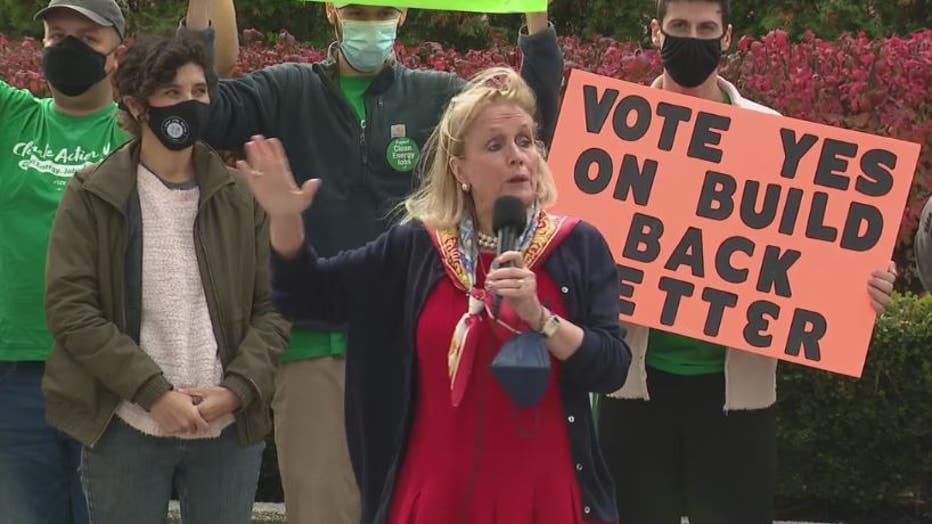