A few months ago, Tim Clark saw Wolchek's story on Francine, a lady who had paid Hatt Construction more than $10,000 to tear out her old kitchen and build her a new one. Well, they did the tearing out part - and took off.

FOX 2 - "You know it's sad, that people take advantage of our elderly," said Tim Clark.

Tim and his crew are sawing, measuring, painting, and donating to build a brand new kitchen for a lady who was done wrong.

"He's a great guy. All his people are great and I really, really appreciate them," said Francine.

A few months ago, Tim saw Rob's story on Francine, a lady who had paid Hatt Construction more than $10,000 to tear out her old kitchen and build her a new one.  Well, they did the tearing out part - and took off.

Wolchek: "How long have you been living like this?"

She had no counters, no cupboards, a dishwasher just left in the middle of the floor and the floor itself, just uneven subflooring.

"It hurts. I've been put in the hospital for a long period of time twice already because of the floor," she said.

The bad guy is Darrin Ballard. 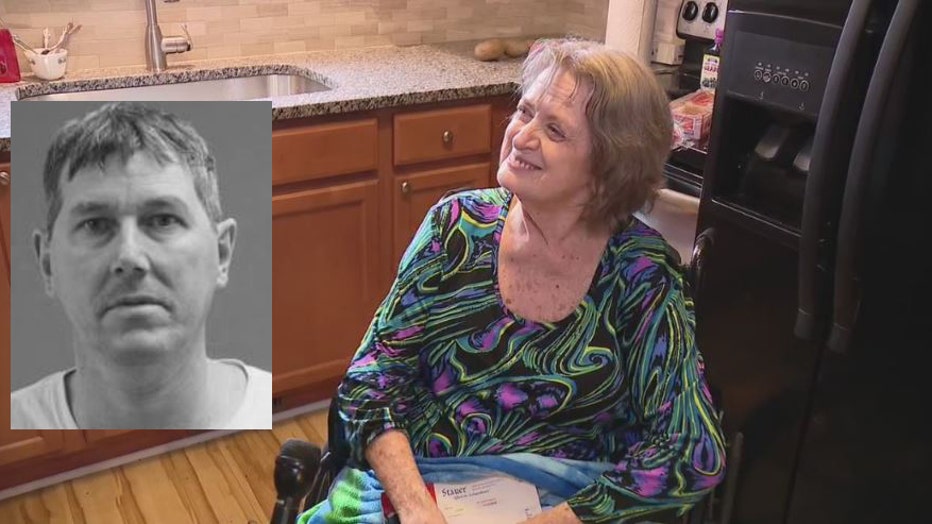 "Yeah, I ripped off people years ago. I don't do that now," Ballard said. "That's not my game,"

Wolchek first put him in the Hall of Shame last summer when Michelle, a lady from Dearborn Heights, hired a company run by Darrin's wife, Carolyn, called Hatt Construction.

She says Darrin took several thousand dollars from her and kept stalling. Plus he did a bunch of cringe-worthy things like come to her home unannounced and walk right in.

Michelle got a bad feeling, then looked him up.

"I looked online and I saw he had a record," she said.

Wolchek: "And he's got a big record."

Darrin Ballard is a habitual offender with tons of felonies and misdemeanors.  It wasn't long before Wolchek was hearing from more victims of Hatt Construction.

There was also Steve, who gave the Ballards more than $10,000 and ended up living under tarps after Darrin ripped off his siding and never came back.

"I'm getting an ulcer already," Steve said. "I'm not even kidding you."

Marlene hired Darrin to put in a bathroom, but he never finished.

Wolchek: "So you took him to court and you won a judgment for how much?"

A judgment he never paid.

Lance says he was bamboozled out of his money when he paid to have his rental properties fixed up.

"My head was hanging low.  It was not a proud moment in my life," he said.

Jennifer hired Darrin to paint her house - and got a half-painted house.

And Sterna, who paid Darrin $10,000 and was left with a dangerous mess.

"He never cleaned up once," she said.

Wolchek: "And how many children do you have?"

And on top of the bad jobs, the Ballards don't even have a contractor's license between them. Carolyn Ballard knew she and her convict husband were busted the minute Rob approached them.

But that didn't stop her from talking.

"I understand that you have an issue with his felonies," she said. "But if you look at me and my record, and me being the owner of the company, yeah, I'm young.  Maybe I didn't know I had to have a contractor's license."

This Ballard proved to be a blabbermouth.

"I don't know exactly how to go about that," she said. "I'm new to this. I've only had this company for three years."

In January, Darrin and Carolyn Ballard were arrested by Detective William Meirzwniski of Warren police on one felony count of taking money under false pretenses, one misdemeanor count of false pretenses, and one count of being contractors without licenses.  They've pleaded not guilty. 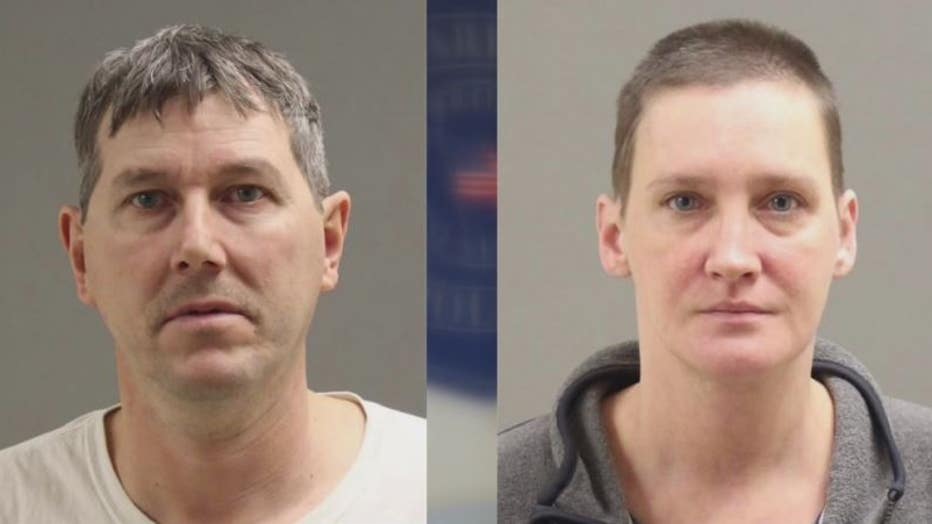 And one of those charges stems from the job they started yet never completed at Francine's house.

But thanks to Tim Clark of Clark Construction in Clinton Township, Francine is finally getting the work she paid the Ballards for, almost two years ago. And she got it by real, licensed, insured, professional tradespeople.

Wolchek: "Has your faith in humanity come back a little bit?"

And now, the job is finished and it didn't cost Francine a dime.

"We want to help people," Tim said. "We've been fortunate enough to be successful and we want to give back to our community. That's what we're all supposed to do. We were able to do that and I think it turned out great."

Tim ran the show, but lots of people who saw Francine's story pitched in.

"Carpet Guys did the floors, as usual, Joe comes through," he said. "Thanks to Tom Fisher at KSI, they were the ones who donated cabinetry, Ted Encino at Preferred Marble, they donated the countertops. We had Steve from Stansick Plumbing who donated the plumbing, of course, my crew, we did all the work.

"We also had some behind the scenes people who don't even want to be recognized that put forth efforts monetarily that helped us out."

"Thank you very much from the bottom of my heart and soul," Francine said.

And even the city of Warren Building Department wanted to help out, by not charging Tim for the permits.

Wolchek: "What do you think of your new kitchen now?"

Wolchek: "And what do you think about Tim?"