A convicted sex offender is now accused of additional sex crimes on accusations that he tried to create child pornography and tried to entice a minor to send him nude photos.

According to the affidavit filed in federal court, the investigation began when an Ohio police officer contacted the FBI on May 26 regarding an investigation into child exploitation. That investigation started on January 5 when an undercover officer matched with someone on Omegle, a free online chat website that randomly pairs users in a chat session as anonymous users.

The detective was undercover as a 15-year-old girl and was chatting with someone who said he was a 30-year-old man from Toledo. The two chatted on Omegle before the man asked to move the conversation to Instagram.

The man gave the detective his Instagram name, Youngmuny1234, and the two chatted there where he asked if she was a virgin and wanted a photo. The detective sent a picture that was age-regressed and appeared to be a minor girl.

Youngmuny1234 then asked for nude photos but the detective declined, saying a friend had sent nudes and gotten into trouble. He then said he deletes pics, asked if she was on birth control, and then asked he she would want him to wear a condom if they had sex.

The details of the conversation got significantly more graphic with 'Youngmuny1234' discussing sexual acts with the detective.

After not receiving any pictures, 'Youngmuny1234' sent a photo of his erect penis, investigators said, which appears to be taken on a bed. His hand is visible and a ring is on his left finger. There are also crutches propped against a wall and other distinguishing details about the home.

The two stopped chatting after about a week and he never traveled to Ohio to see the undercover agent.

Meanwhile, investigators obtained a search warrant for his Instagram page and downloaded messages from his profile which included similar to those that he had with the undercover detective.

Another chat, with a girl who said she was 16, 'Youngmuny1234' asked for and received nude photos of the girl, to which he then said "I kinda wish you were younger than 16".

As the investigation continued, the IP addresses were traced to a business in Warren and Shelby Township plus an IP address linked to a home in Allen Park.

A subpoena was sent to the internet provider for information but that was returned to police until May 28th. The name on the account was Girard's. His employer was the same one listed on the business IP address above.

Girard is a registered sex offender who was originally charged with three counts of third-degree criminal sexual conduct with a student and wound up pleading guilty to aggravated indecent exposure.

Girard had been a student monitor at a high school in Dearborn when he met a 16-year-old girl is the special education class. According to the police report, he was in a sexual relationship with the girl and drove her to different locations to engage in sexual activity.

On June 15, 2021, a search warrant was conducted at Girard's Allen Park home, where he lived with his wife, daughter, and brother-in-law.

During the search, he was read his Miranda rights and said that he only used Twitter - until presented with the Instagram account, and then he requested an attorney.

While police were searching his home, Girard was wearing a ring that matched the one in the picture. Additionally, his wife said the ring was his wedding ring and that the crutches from the picture were hers that she used after recovering from surgery.

The room from the photo also matched a bedroom in Girard's house.

Girard was arrested and charged with attempted production of child pornography, attempted coercion and enticement of a minor, and committing a felon while being a registered sex offender. 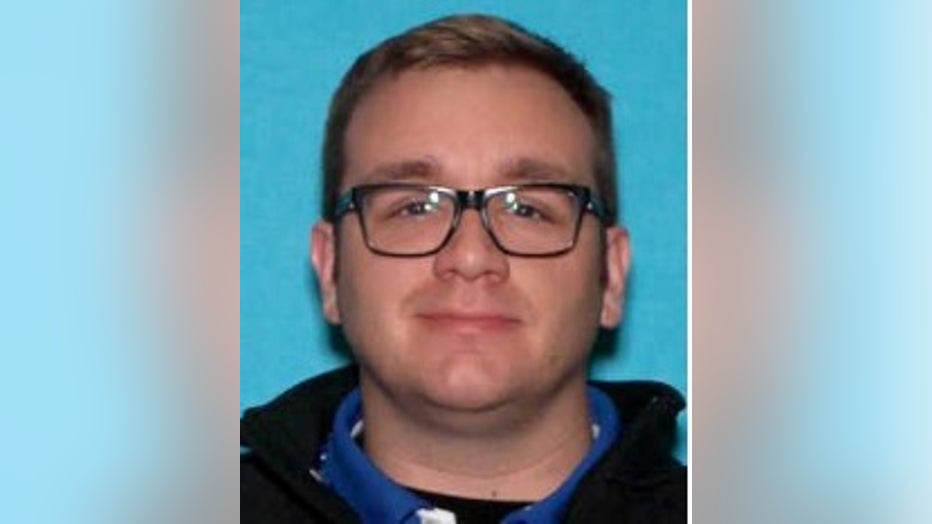