WARREN, Mich. (FOX 2) - UPDATE (4/15/21): Warren police recovered the stolen minivan and returned the cremains to the family on Thursday.

A Warren family was left reeling after their van was stolen with a loved one's ashes still inside.

Home security video recorded the theft of silver 2010 Chrysler Town and Country in progress at 5:18 a.m. Tuesday in the area of 11 Mile and Schoenherr.

A Warren family was left reeling after their van was stolen with a loved one's ashes still inside.

"One comes past the house another approaches my brother’s house here," said Steve Narra, whose sister-in-law's ashes were stolen. "He comes between the car and grabs a key. they had easy access to the minivan."

The key to their minivan was mistakenly left inside another of the family's cars.  Over the span of 10 minutes, two or three thieves will pop the trunk and flash the lights with little care for who sees them.

"They were kind of moseying around other vehicles and then into our car," said the woman's daughter.

Of course, we want our vehicle back it’s a big expense to replace but my mom’s ashes were in the trunk and those aren’t replaceable," she said.

And those ashes are the one thing she wants back.

"Hopefully they have some moral sense not to just ditch them," she said. "Because they are important."

Admittedly the ashes have been in the van longer than she would have liked.

"Every day after picking up the ashes after the funeral, I would say I will get them next time," she said. "Next time never came." 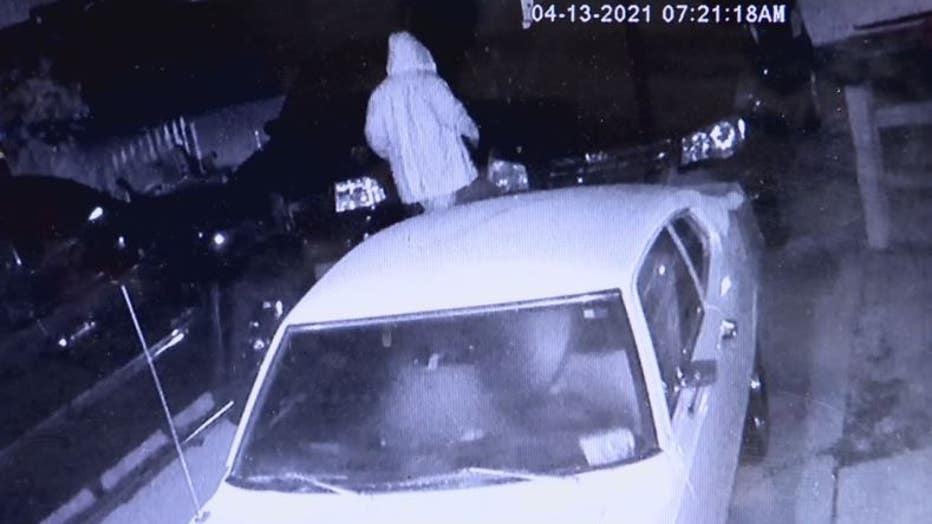 But somehow having her a piece of her mom in that space brought comfort.

"Sometimes I would think maybe it’s good that they are in here, maybe she is watching over us - me and the kids, while we are driving around in this crazy world."

The owners of the van have filed a police report, but they are hopeful someone watching will call Warren police with any information they may have.

Police described the two suspects as Black males with one having shoulder-length dreadlocks.