Verdine Day was charged in federal court with bank and wire fraud after the scheme was allegedly uncovered following an audit, which was initiated in 2020.

DETROIT (FOX 2) - The former treasurer for the Detroit Firefighters Association (DFFA) has been accused of stealing almost $168,000 to fund a lavish lifestyle that included multiple cruises, flights across the country, and even paying for many of her own personal items.

Verdine Day was charged in federal court with bank and wire fraud after the scheme was allegedly uncovered following an audit, which was initiated in 2020. Day, who was once honored as the Detroit Woman Firefighter of the Year, initially came under suspicion in Oct. 2019, just after her retirement.

According to the indictment, Day was the treasurer from Dec. 1, 2015, until Sept. 2019 when she retired from the Detroit Fire Department. Prior to becoming Treasurer, she had been with the department for 29 years and was elected treasurer to maintain and track expenses for the fire department.

She was also paid a salary of 40% of her base pay plus received a monthly car allowance, cell phone allowance, paid parking, and multiple credit cards from the DFFA but was so provide a receipt for every purchase.

The indictment claims that Day, who managed the union's Quickbook system, would pay herself but disguise the transactions as payment to another entity. For example, Day allegedly paid $24,000 to an "undisclosed law office" on two separate occasions but in both of those cases, the actual payee on those checks was Day, herself.

The DFAA uncovered the scheme when they hired an external firm to conduct an audit on the union's finances including bank accounts, credit cards, expense reports, and more - all financial items that fell under Day's control.

Other payments also were marked as Special Olympics ($344), Fire and Police Dive Team ($500), Detroit Children's Hospital ($1,000), and the Detroit branch of the NAACP ($1,500). All of those payments were changed in the Quickbook system from Day to the respective organization. 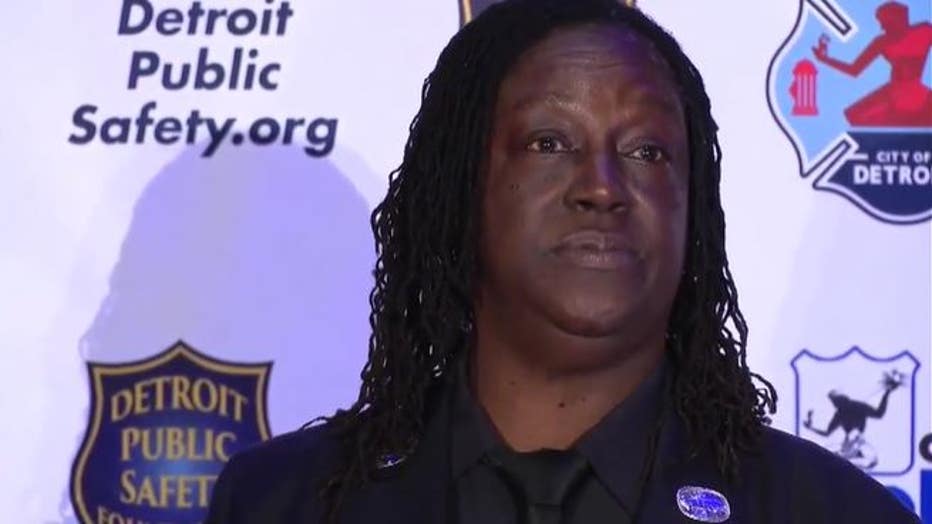 The audit was able to review the payments with a function within Quickbooks that details changes in files. It lists who made the entries, modifications, voids, and deletions. It also shows every time a change to a name, date, or amount in any entry had been posted in the accounting system.

In four years, she also allegedly took approximately $167,900 by issuing checks in her name and then changing the name of the payee, cashing checks that had been voided by her, and then writing checks made payable to cash.

That's not all. She also traveled quite a bit, according to the indictment.

Day also is accused of spending more than $3,000 on lodging at domestic and international hotels plus rental cars and more.

And then there were the cruises. From 2016 to 2019, there are 5 different cruises listed in the indictment that were charged on the credit cards.

Day is also accused of using credit cards as personal cards while treasurer and after her retirement to pay for things like car washes, gas, personal car insurance premiums, personal cell phones, satellite/cable TV, and purchases at retail stores.

In total, she's accused of spending more than $52,000 with DFFA credit cards.

Day is facing both bank and wire fraud charges.