Just one day ago, a 93-year-old Detroit man and his 62-year-old son were killed when they were shot and their home was firebombed. Now the home nextdoor also caught fire under 'suspicious' circumstances.

DETROIT (FOX 2) - Detroit Police are still investigating a double murder on the city's east side on Tuesday after a 93-year-old man and his 62-year-old son were shot inside of their home which also set on fire. Now police believe the people responsible targeted the wrong house and meant to hit a possible grow house that police say was next door - and caught fire on Wednesday.

Police are still hunting for the people responsible in the death of 93-year-old Mr. Bill. Neighbor Shon Brown said Mr. Bill never caused any problems with anyone.

"He's a good man, he minded is on business, sits on the porch, drinks his own beers, don't bother nobody you know," Brown said.

Brown said on Tuesday he believed that they had to have targeted the wrong house.

That may be true, especially after the house next door caught fire on Wednesday.

So did the suspects that killed Mr. Bill and try to set his house on fire, come back the next day for the right house?

The Detroit Fire Department reported at 11:15 on Wednesday morning a "suspicious" fire took place right next-door to Mr. Bill's. No one was injured.

The Detroit Fire Department said there was a grow operation inside the house.

The owner of the home, identified only as Pat, denied any part of a grow operation and speculates that the real cause of both fires and the murders.

"They burned down my house. They're not the same people that hit Mr. Bill, their family (Mr. Bill's) hit my house," Pat said."They don't know who did this to they're house so they want to burn down my house, they said it yesterday."

Both homicide and arson are investigating and there's no conclusion as to the cause for the fires.

Could it be just a coincidence? Maybe.

But police and fire authorities are still investigating both fires. 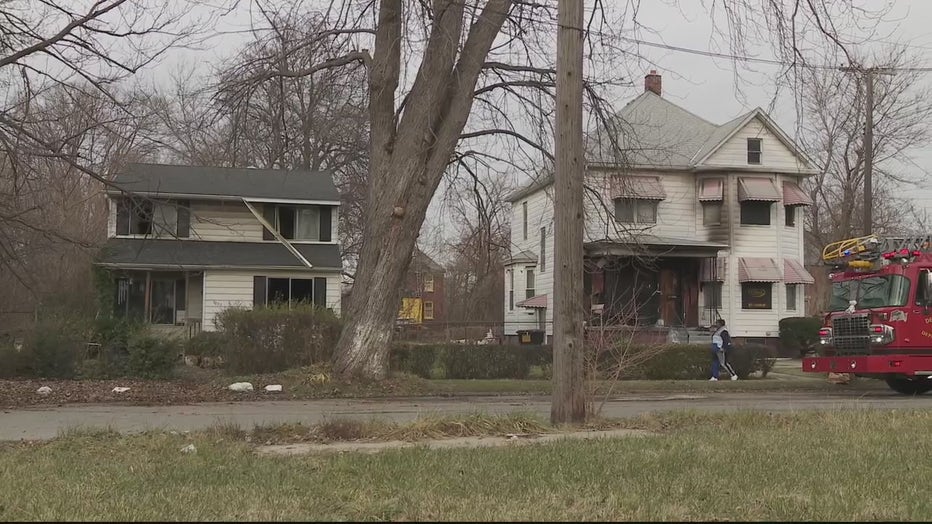