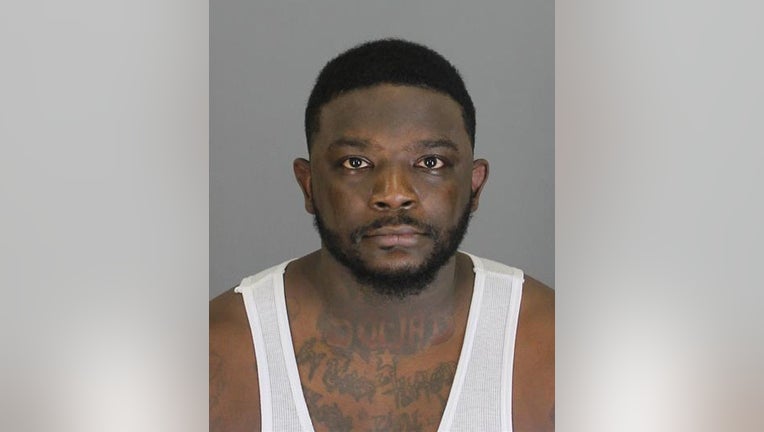 Michael Clegg, 33, of Taylor, is charged with armed robbery, first-degree safe breaking, first-degree home invasion, interfering with crime report, possession of a weapon as a felon, and felony firearms, in connection with the July 27 crime.

According to police, a 77-year-old woman was at her home on Evangeline St. south of Cherry Hill when two men alleging they were armed broke in around 6 a.m. The victim fled to a neighbor's home and called 911.

"Not only did the officer do a good job, the victim did. I'm so proud of her because it's obvious to us she's a trained observer," said Dr. Joseph Thomas Jr., Dearborn Heights Police Commissioner. "She did the right thing remove yourself from what we call the X. You can save yourself by getting away from the trouble because the trouble done found you."

When officers arrived, they saw a vehicle backed into the victim's driveway, and saw Clegg wearing a ski-mask behind the vehicle. He fled on foot before being arrested without incident, police said. He was arraigned Friday and denied bond.

A Dearborn Heights woman fled and called for help after she woke up to find two armed men inside her house. Police arrived quickly, and arrested one of the suspects.

"The teamwork displayed by dispatchers and police officers was exceptional. I am very proud of all of our staff for their coordinated response, but specifically want to recognize Dispatchers Sloan-Demetriou and Barba, and Sgt. Stephens for their actions," said Dearborn Heights Police Chief Jerrod Hart.

Hart said the officers got to the scene in one minute and 45 seconds.

Read Next: Feds find pounds of fentanyl hidden in rafters, guns during raids

A second person was not caught, but police said they are interviewing a person of interest.

Police said they found two handguns, a face mask and property belonging to the victim in, or near the getaway vehicle. They also found evidence that is being tested at a forensic's lab to help identify the second suspect.