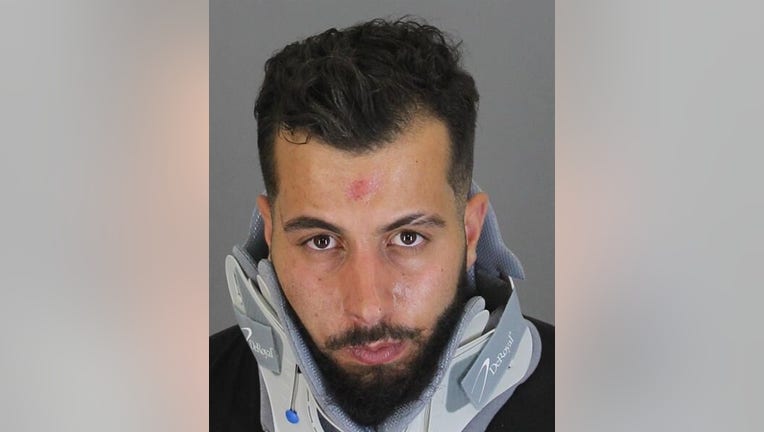 24-year-old Hassan Hamadi was charged after police said he resisted arrest and headbutted an officer during a traffic stop in Dearborn Heights.

Police say they received a 911 call regarding customer trouble at a business in the area of Ford and Telegraph Roads. The complainant reported four male patrons were threatening employees while making reference to them possessing a firearm.

Officers went to the business and conducted a traffic stop after they saw the suspect vehicle leaving.

"Due to the allegation that a firearm was involved, officers ordered the four occupants to show their hands. The occupants responded by yelling obscenities and refusing verbal commands. Eventually, all but the driver exited the vehicle and walked around – further jeopardizing their own, as well as the officers’ safety," Dearborn Heights police said in a news release.

The driver had to be physically removed from the vehicle after ignoring the officers’ verbal commands, police said.  During the process, an officer suffered a head laceration. He was later transported to an area hospital for treatment.

Another occupant, 24-year-old Hassan Hamadi of Dearborn, headbutted an officer, causing a head laceration to the officer which required several stitches. The officer also suffered a concussion. Hamadi, was eventually tasered and arrested after assaulting two other officers.

Police searched the vehicle and found a black CO2 pistol.

Officers arrested and issued disorderly citations to the three other men who were released after being booked.